Architects and designers in Japan have defended unpaid internships in the country, saying it is a cultural tradition with deep roots.

Responding to the recent controversy over unpaid roles at architecture offices, designers told Dezeen that working unpaid in a small studio was viewed as a "life-changing experience" by students and graduates.

"It is a strong part of the social fabric and something that helps keep Japan running so smoothly," said Nicholas Raistrick, founder and creative director at LABtokyo, a Tokyo training consultancy that works with Japanese architecture and design studios.

"Without unpaid interns many small practices would cease to function," he added. "There is a tradition here going way back to craftsmen who had something similar to guilds [in Europe] where apprenticeships were most often unpaid and taken to learn from a well-known master. To an extent this has continued but I suspect will die out eventually."

Japanese architects have been unwilling to speak to Dezeen on the record, given the uproar over revelations that Junya Ishigami advertised unpaid internships while working on this year's Serpentine Pavilion. The client subsequently told the architect not to use unpaid labour on the project due to the backlash.

Japan has a tradition of "open desks" where small companies host students from both Japan and abroad, who often have to provide their own equipment and do not get paid.

"All these offices are tiny atelier studios and have one 'open desk' at the most that may have an intern, paid or unpaid," said the architect, who said the experience of working at a high-profile atelier was a "massive win" for the student.

"It's not a job, it’s a life-changing experience. It has a profound impact on their career."

"It's a nice opportunity" for both employer and intern, he said. The employer gets to know the younger generations, who in turn learn "how architects in Japan or different countries are working".

However this attitude has caused outrage in the UK, where unpaid internships are illegal and all staff must be paid the statutory minimum wage.

Royal Institute of British Architects president Ben Derbyshire said it was "shocking" to discover practices advertising unpaid internships. "The RIBA strongly condemns exploiting students in this way," Derbyshire told Dezeen last week. "This exploitation of talent runs counter to a diverse and inclusive profession and must be stamped out."

But a designer who has worked in Japan said that internships were viewed as a modern equivalent of training under a master, which is part of the traditional Japanese way of learning skills. 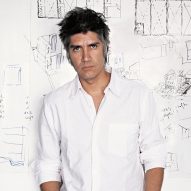 "There is a huge tradition of working for the master in Japan, be it a sushi chef, where it may be three years of making rice patties before you are allowed to even touch a knife," the designer said.

The designer said there are studios in Japan where interns – or more likely their families – pay for the privilege of gaining work experience. However the host companies invest time and energy in ensuring the open-desk workers gain from the experience.

"The staff in the office have to take time to teach and work with open-deskers before they even can produce anything that contributes to the bottom line," the designer said.

Many small Japanese architecture and design firms openly advertise open-desk positions on their websites, while others find staff through the many agencies that arrange internships for overseas students and graduates.

"After they have done a few open-desk stints they may get picked up by an office for a paid part-time position," the designer added. "Then if that goes well, they would be taken on full-time after they graduate."

"The open-desk system in Japan is pretty cool," another architect said, adding that many paid members of staff started out as open-deskers. "There are a couple of desks that students rotate in and out of. Sometimes it's paid, sometimes it's unpaid. It's case by case."

Phineas Harper, deputy director of the Architecture Foundation in London and a columnist for Dezeen, wrote his views on the Japanese unpaid internship controversy on his Facebook page.

"Though not perfect, Japan has achieved astonishingly high levels of equality and low levels of poverty," he wrote. "In the UK on the other hand, inequality is spiralling and homelessness ballooning. What position are we in to declare it is the Japanese who are failing to recognise the efforts of their workers when our record is so shoddy."

Harper pointed out that unpaid internships are just as exploitative as fee-paying courses at schools and universities – a point made by New York designer Karim Rashid when defending his own firm's use of unpaid interns.

"Unpaid internships often take advantage of the young who need to develop their skills and experience to improve their chances in a competitive economy," Harper wrote. "Yet a similar transaction is found in paid-for education where schools and universities charge hefty fees to the young, who have little choice other than to dig deep and pay up in order to have any hope in the wider job market."

"Japan has far lower fees for university education than the UK," he continued. "Not only this, but Japan also charges foreign students the same as its citizens whereas we squeeze international students for every penny we can. If our moral mission is to support young people at the start of their careers, punishing tuition fees are just as exploitative as internships." 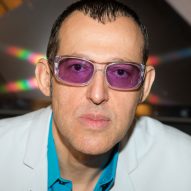 Sofie Taveirne, a Belgian architect who spent six months working as an unpaid intern at Junya Ishigami + Associates in Tokyo from October 2015 to March 2016, said the controversy overlooked the fact that many small architecture studios are more akin to artists' ateliers than businesses.

"I believe that architects like Junya Ishigami + Associates, if they offer unpaid internship positions, are not doing that for the sake of money," Taveirne told Dezeen. "In my understanding they are artists with a great desire to realise radical beauty and thoughtfulness. They like to explore the limits of what man is capable of."

"I'm absolutely not promoting unpaid internships, but in my opinion, if the economic system doesn't allow artists to realise the art they stand for, art valued by established organizations, I think it's justifiable to accept the fact that unpaid internships are offered, and to accept that non-­financial profits obtained from work are able to compensate the lack of financial reward," she added.

Last week Chilean architecture studio Elemental ended its own unpaid internship programme in the light of the growing controversy over the practice.