A chair made famous by James Bond movie The Spy Who Loved Me, created by prolific Danish designer Verner Panton, is being revived.

Danish brand Montana is reissuing the Pantonova seating system, which was the seat of choice for Bond villain Karl Stromberg in the 1977 blockbuster movie.

It was unveiled at the Salone del Mobile furniture fair, which opened yesterday as part of Milan design week 2019.

The late Verner Panton – better known as the designer of the Panton Chair and the Panthella lamp – originally developed the Pantonova system for Varna, a Danish restaurant that become notorious in the 1970s, thanks to the bold colours, shapes and patterns of its interior design.

"I remember coming to Varna when I was small," said Joakim Lassen, CEO of Montana. "It was like an explosion."

The chair's inclusion in The Spy Who Loved Me cemented its status as an icon of Danish furniture design.

The Pantonova's distinctive feature is its curved frame, made from lengths of bent steel. There are three different versions, which can be grouped together to form striking geometric shapes, including circles, waves and S-shapes.

Linear is the seat that most resembles a typical chair form, with a gently curved backrest and seat that comfortably wrap the sitter.

Convex is similar to Linear, but has a more exaggerated form that creates a stronger curve. Meanwhile Concave is the reverse, with a backrest and seat that curve forward rather than backward.

Panton was a close friend of Montana founder Peter J Lassen, who is Joakim's father and also the great grandson of furniture pioneer Fritz Hansen. Lassen gave Panton many commissions, at a time when his designs were seen as unfashionable compared with the work of figures like Hans Wagner.

"My father was always so much ahead of his time," explained Panton's daughter, Carin Panton.

"There is of course this tradition in Denmark, this wooden Wagner furniture, which my father adored," she continued. "But he always said [others] do it much better!"

"He had ideas with new materials which not were not always so easy to produce. So he was of course lucky to have a friend with the same vision, the same wish, to fight through things to have them produced."

The Pantonova joins a series of other Panton designs in the Montana collection, including the Panton One Chair and Panton Wire, a shelving system that also uses bent steel. 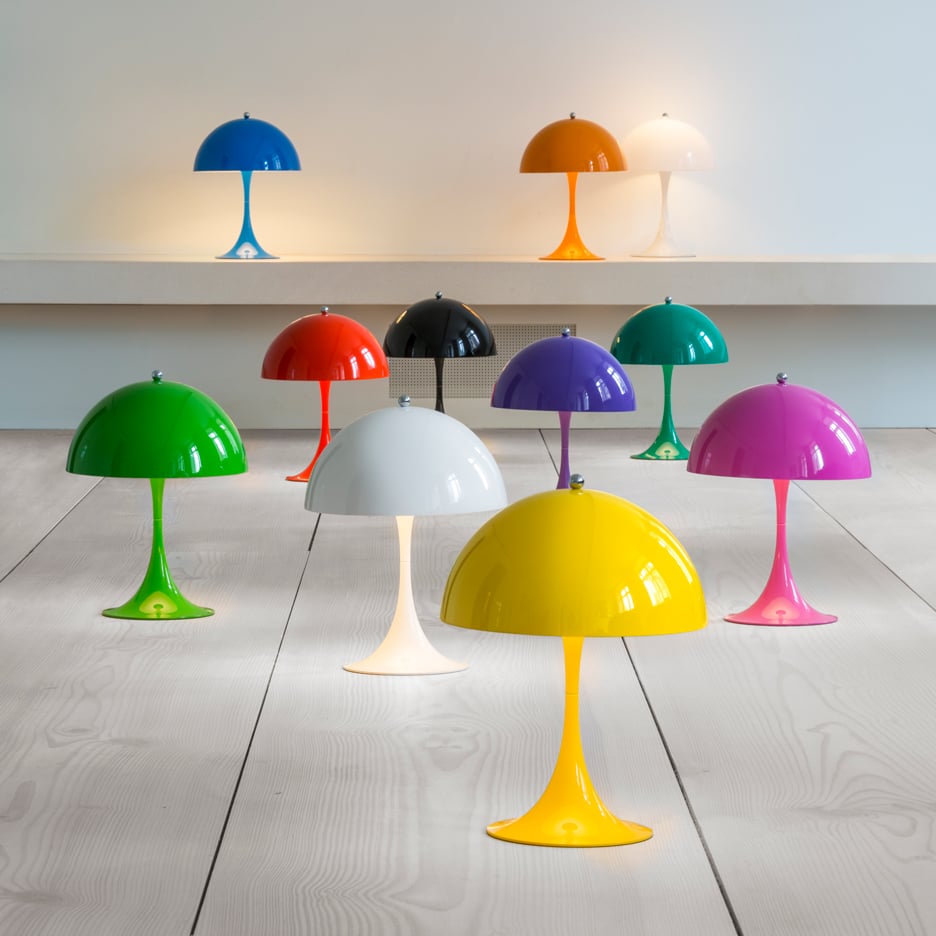 "I know a lot of architects like the Panton One chair, because it's not massive and you can see through it," added Lassen. "It's the same with the Pantonova. It looks much lighter and doesn't take over the room. You can still see the architecture."

"I think they are a good family, in that way, they fit together," he concluded.

The Pantonova seating system is on show in Hall 6 at the Salone del Mobile from 9 to 14 April. Other classic products being relaunched at the fair include the Grasshopper chair designed by Eero Saarinen in the 1940s.