New York City's Pratt Institute has named British architect and professor Harriet Harriss as the next dean of its school of architecture.

Harriss, who was a Dezeen Awards judge last year, currently leads the post-graduate research programme in architecture and interior design at the Royal College of Art in London.

Her work focuses on pioneering new models of design education and exploring gender imbalance in architectural education, with publications including Radical Pedagogies and A Gendered Profession.

She said she was "incredibly excited to get started" in her new position at the Brooklyn university, continuing these objectives.

"Buildings aren't just products, they're philosophies with the potential to lead the zeitgeist," Harriss said."Tomorrow's most successful architectural designers will be those whose education has enabled their intellectual agility and fostered connectivity to their communities."

"These qualities are what make Pratt Institute so unique," she added.

In her new position at the university, Harris will join a number of women currently heading prestigious architecture schools across the US, with a number marking their first female leaders.

Harriss will mark the second female dean of the Pratt Institute School of Architecture, which has its main campus in Brooklyn's Clinton Hill area, with Frances Halsbard marking the first.

Pratt Institute's School of Architecture is one of six schools at the university, with others including art and design. It is commonly ranked among the top schools in the US.

Harriss will replace Hanrahan, who announced he would step down in September 2018 and will start teaching at the school again in 2020, following a one-year leave of absence.

Hanrahan is credited to enlarging and enhancing Pratt's School of Architecture, growing the programme from 750 students to 1,200 students, and building new interdisciplinary programs regarding urban infrastructure, sustainability and historic preservation.

The school hopes Harriss will continue these developments. 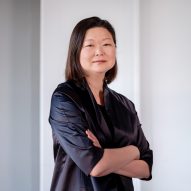 "She has made a deep and inspiring impression on her students, faculty, and professional colleagues."

Harriss is a chartered architect with the Royal Institute of British Architects (RIBA) and currently an elected council member of the European Association for Architecture Education (EAAE).

Prior to her role at the Royal College of Art, she led the masters in applied design in architecture at Oxford Brookes University. She also has taught in the US at Parsons The New School, Columbia University and New York Institute of Technology, all of which are in Manhattan, as well as the University of Detroit Mercy.

Her teaching and leadership have won her numerous awards, including the Clore fellowship, Oxford Brookes teaching fellowship, a fellowship of the UK's Higher Education Academy, a Churchill fellowship and two Santander awards.

She is also the co-founder of social innovation startup Design Heroine Architecture (DHA) with Suzi Winstanley.

Harriss was awarded a doctorate in architecture in 2015 from England's Oxford Brookes University, and also studied at Manchester University, the Royal College of Art and Kingston University.