Nike has pulled a special-edition Fourth of July trainer that features an old version of the American flag on its heel, as it may "detract from the nation's patriotic holiday".

The Air Max 1 Quick Strike Fourth of July trainers are white with red trim, a dark blue Nike tick and a stitched image of the 18th-century flag on each heel.

The sportswear brand reportedly made the decision to withdraw the trainers following criticism from former NFL player and Nike ambassador Colin Kaepernick, and others, that the flag design could cause offence.

Updated 7/2/19: After Colin Kaepernick’s intervention, Nike has officially cancelled the release of this shoe. - Celebrate the upcoming #IndependenceDay holiday with these Air Max 1s featuring the flag sewn by Betsy Ross. For a closer look at this upcoming release, tap the link in our bio.

Nike chose to remove the shoe "based on concerns that it could unintentionally offend and detract from the nation's patriotic holiday".

"We regularly make business decisions to withdraw initiatives, products and services," said a spokesperson for the company. "Nike is a company proud of its American heritage."

The decision prompted reaction from several US politicians including the Republican governor of Arizona, Doug Ducey, who called the company's stance "shameful". He also said he will pull financial incentives worth $2 million (£1.6 million) for a planned manufacturing facility in Goodyear, Arizona.

"Words cannot express my disappointment at this terrible decision. I am embarrassed for Nike," said Ducey, in a tweet.

"It is a shameful retreat for the company. American businesses should be proud of our country's history, not abandoning it."

Cruz tweeting that "it’s a good thing Nike only wants to sell sneakers to people who hate the American flag....", while McConnell was reported in CNN as saying: "If we're in a political environment where the American Flag has become controversial to Americans, I think we've got a problem."

The 18th-century flag, commonly known as the Betsy Ross Flag after its supposed maker, features 13 white stars in a circle against a dark blue background and 13 red and white stripes.

The design represents the 13 original US colonies, and was of the newly independent country's first flags. The flag is embraced by white nationalists and has historical associations with the American Nazi Party. However, is has also regularly been flown at government events, including the presidential inauguration of Barack Obama. 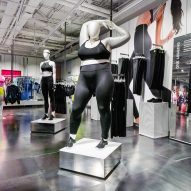 It is not clear whether Nike will continue with its plans to invest a planned $184.5 million (£147 million) in a manufacturing plant in Arizona, creating 500 new jobs in the process.

"We already employ 35,000 people in the US and remain committed to creating jobs in the US," said the Nike spokesperson.

In 2016 Kaepernick knelt during the national anthem as a protest against police brutality towards African-Americans. The American Football player was made the face of a Nike advertising campaign later that year.

Earlier this year, Italian fashion brand Gucci was forced to apologise for a jumper with exaggerated red lips that critics said resembled blackface, whilst singer Katy Perry removed a pair of shoes from her eponymous fashion line following similar accusations.