American industrial designer Tucker Viemeister has teamed up with software giant Microsoft to build an electronic voting machine that could boost security of paper ballots.

The tech company launched the development kit earlier this year at Microsoft Build developer conference in Seattle, making it accessible to be used anywhere.

Viemeister's machine integrates ElectionGuard within an "easy-to-use" and simply designed package, comprising a tilt-able touch screen that displays the ballot, a base shaped like a "pizza box" and a printer.

"The universal design principal attempts to eliminate barriers by addressing the diversity of user needs and planning ahead," said Viemeister. "How things look matters," he added. "Hardware helps make the use sequence intuitive and forgiving and even enjoyable!"

"Although the physical form is important, the function is critical," he said. "Though any election board is free to use the ElectionGuard software on any cobbled together hardware, this prototype demonstrates an optimal design."

Voters using the ElectionGuard voting machine make their selections on the touch screen, which can be tilted to suit different heights, or even their own auxiliary controller. The system allows voters to see their ballot displayed on the touch screen, and then print a copy, which is then scanned by the election officials and kept as a paper trail.

Microsoft's software provides each voter with a tracking code that they can later use to check votes were correctly counted. 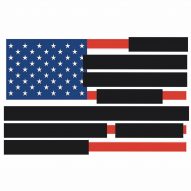 ElectionGuard software coupled with Viemeister's machine is intended as an alternative to paper ballot voting. The method has proven to be troublesome in previous US elections, including two occasions in Florida when thousands of ballots disappeared.

He also worked with New Jersey fabrication studio Radii to transform the components into a minimal product. The physical design development of the voting machine took just two weeks to complete.

All of the internal pieces are arranged in a simple way. Six input jacks are fitted along the edge of the box to make it easy for users to also connect their own controllers to vote. The printer is hardwired to the system and is covered with a custom shroud that puts the controls out of reach.

Viemeister added that there are few exposed openings in the system, like wifi or additional ports, to prevent access or corruption of the data.

"The form-follows-function design conceals every extraneous opening, secures all points of entry opportunities," he said.

The only distinguishing feature of Viemeister's device is the recesses and vents. These are shaped to resemble the hanging chads from the 2008 Florida election disaster when people were tasked with reviewing waste material removed from ballot cards after being processed and punched.

Viemeister, 70, is regarded as one of America's leading industrial designers. His other well-known products include OXO GoodGrip kitchen tools with rubber fins on the handles and Xbox adaptive controllers designed to meet the needs of gamers with limited mobility.

The Xbox pads are applied to the voting machine to help make voting easier.

Recently, Viemeister has become involved in America's political climate, with designs including a blacked-out flag graphic that criticised the redacted Mueller Report.