By encapsulating live bacteria into the fibres of a leotard-like garment, the designer hopes to create a new interaction between fabric and skin through the use of probiotic technology.

As Broadhead explained, our skin acts as a primary defence against germs and is home to hundreds of millions of microorganisms that work to keep us healthy.

However, our modern compulsion with cleanliness and sterility creates a difficult environment for many beneficial organisms to survive.

Developed in collaboration with microbiologist Christopher Callewaert, Broadhead's Skin II project aims to use what is naturally on our bodies to make our clothing function better.

She strategically positioned probiotic bacteria on the skin-tight garment at points that typically produce the most sweat and would benefit from the introduction of the bacteria, such as the armpits, down the forearms, under the chest area and the sides of the torso.

These areas of the garment are activated once they come into contact with moisture on the wearer's skin. This allows the bacteria to dominate other, less beneficial, bacteria already present on the skin.

According to Broadhead, the integrated bacteria in the garment can reduce body odour, encourage cell renewal, and improve the skin's immune system.

"Invisible to the naked eye, our bodies play host to millions of microorganisms," the designer explained. "Optimal skin conditions depend on the probiotic microbes that live on our bodies."

As the bacteria is activated by sweat, Broadhead felt it was important that the type of garment she designed was comfortable to wear next to the skin, and was made with natural yarns to better promote healthy bacteria growth.

"Our skin's biome is shaped by our natural environment, and what we put on and next to our skin has a direct impact on our bodies," she added.

"Cosmetic products and fabric finishes on clothing can contain toxic chemicals which disrupt the diversity of bacteria living on our skin."

She worked with Callewaert to conduct lab tests and wear-testing trials. Through this they were able to test the exact bacteria count present on a piece of textile, before asking participants to wear the garments over a certain period of time and track the effects.

Broadhead initially became interested in the interaction between clothing and skin after working with performance sportswear, and how it adapts to different functions of the body. 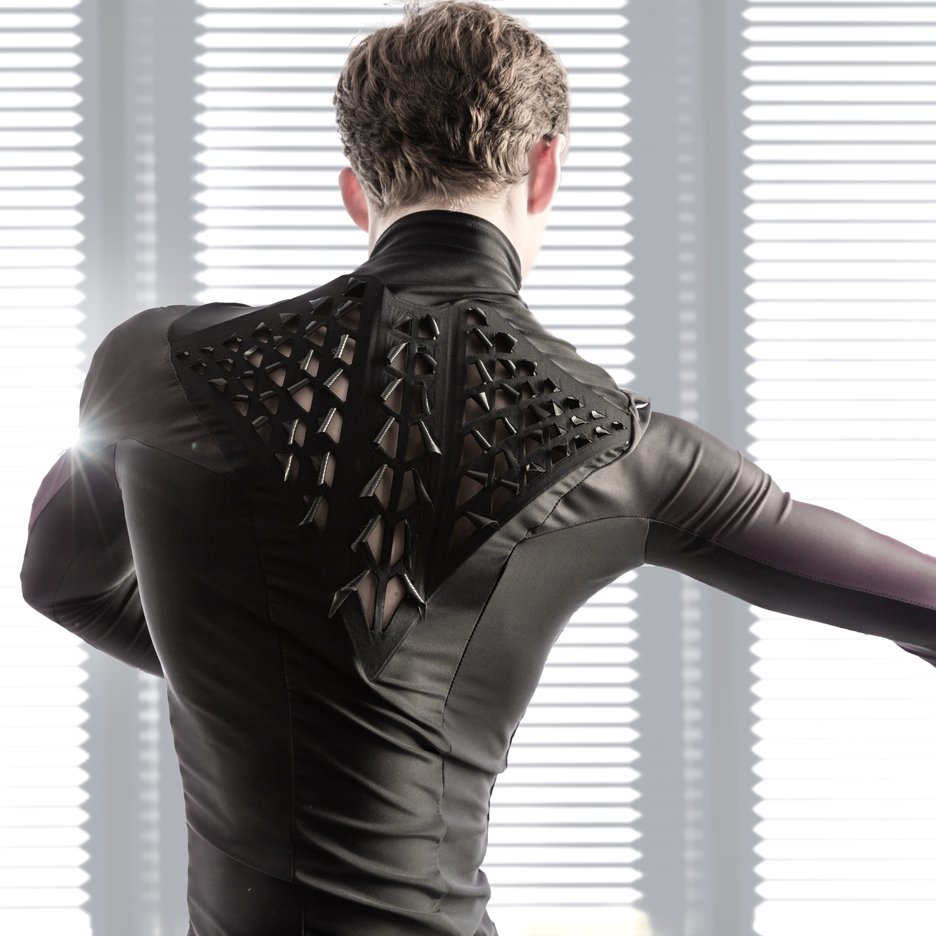 "I started by looking at cosmetics and technical fabrics, and how these products co-interact with the skin," she explained. "I was concerned about the chemicals used in certain fabric finishes and skincare products that can be toxic to the skin and body."

"Primarily, I wanted to create clothing that was healthy for our skin with minimal impact on the environment, which led me to consider the skin microbiome and its importance in maintaining healthy skin," the designer added.

In a similar project, scientists from MIT Media Lab and the Royal College of Art took advantage of a specific bacteria's ability to expand and contract in reaction to moisture to develop a "bio-skin" fabric that peels back in reaction to sweat and humidity.

Photography is by Karl Felix.