Researchers at Purdue University have designed a wearable device that can detect an opioid overdose and trigger the release of an antidote.

The Wearable Opioid Antidote Device comprises a sticker-like sensor on the chest to measure the user's ECG, or heart rate, and a magnetic-field generator strapped to the arm, as well as a capsule of an antidote drug.

The device is designed to stabilise the user in 10 seconds, giving those who overdose alone or are left incapacitated enough time to receive medical attention.

When drug users overdose on opioid painkillers, the drugs bind to brain receptors that regulate breathing, which in turn causes a person to hyperventilate and die.

Researchers at the university in West Lafayette, Indiana, developed the system to include the wearable sensor that tracks a low respiration rate incurred by overdose. When it detects the change in breathing, a capsule of naloxone – the drug used to treat narcotic overdoses in emergency situations – is released under the skin.

"The idea is to be able to measure the rate of respiration using a wearable sensor and then be able to use that as a threshold to trigger the release of the antidote that's going to be implanted underneath the skin," said Hyowon Lee, an assistant professor of biomedical engineering at Purdue.

"This approach is unique for opioid overdose because there isn't an automatically injectable drug delivery system," said Hyowon.

A micro controller in the armband receives signal from the heart rate monitor so that when a low respiration rate is recorded it activates the device. This in turn, triggers a fast-alternating magnetic field that generates heat.

The drug capsule, meanwhile, is enclosed in a material that melts when heat is applied. As it warms, the shell releases the drug.

The team estimates the whole process to take 10 seconds and that the amount of naloxone held in the capsule could calm down the user's system for up to an hour, giving them time to get medical attention before relapsing.

The Wearable Opioid Antidote Device could make a major impact on the opioid overdose epidemic in the US, where escalating numbers of people addicted to the painkillers has been declared a public health emergency.

Recent results from the US Department of Health and Human Services found that approximately 130 people in the US die every day from opioid-related drug overdoses.

The device is currently in prototype and development phase. So far, the system can successfully detect low respiration and use a signal to activate the triggering of the drug release. The team are yet to perfect each automatic element of the system. 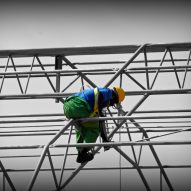 "We're trying to essentially mitigate any types of risk in case the device fails because this would be a life-saving device and we don't want to have any kind of failure; we want to have a lot of redundancy, we want to have a high-confidence that this device will work in a time of need," Hyowon added.

The design has been patented through the Purdue Research Foundation Office of Technology Commercialization. Since publication of the patent, the researchers have adapted the device's design to make it less bulky so that it could be worn more subtly.