Rise Design Studio has completed an extension for a house in London, cladding the interiors in Douglas fir and creating a reading nooks in windows.

Named Douglas House on account of its extensive use of the wood, the only elements of the original house in Kensal Rise that remain are the front and side masonry walls.

The architecture studio extended every level of the three-storey house and used large panels of Douglas fir to line the interiors of the extensions, both in the kitchen and in the attic above.

"The use of Dinesen Douglas fir creates a cohesive link throughout the house, as well as a sense of warmth and calm – as well as the client having a real love of timber," said the studio.

Concrete roof tiles cover the new exterior of Douglas House's upper level, and a cedar-wood sliding-door leads from the garden into the kitchen.

Window seating has been added both at ground level, with a window-box overlooking the garden, and at the top floor where an oriel window juts out from the loft space.

The ground floor of Douglas House is now a single, long space that stretches from a living room at the front of the home, with steps down into the kitchen and out into the garden. 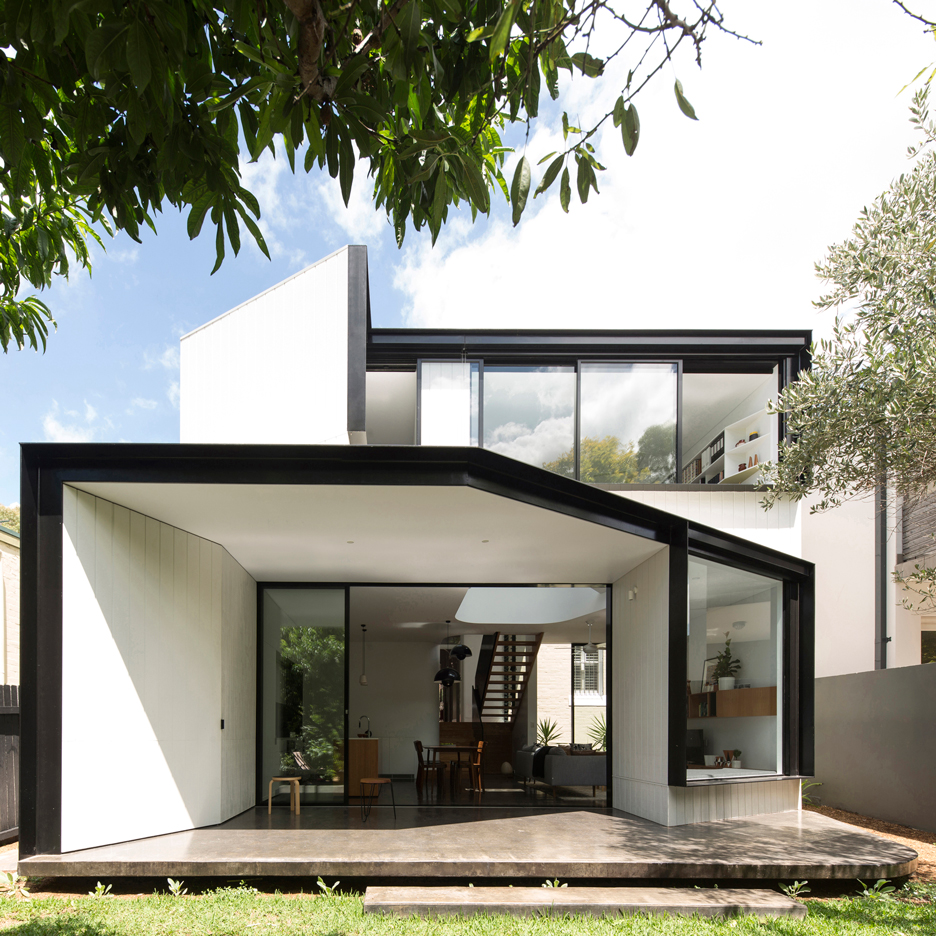 Framed by windows at either end, the point at which the original house ends and the extension begins has been highlighted by a glazed gap that acts as a skylight and continues halfway down the wall.

Alongside this large living, kitchen and dining space, an entrance area and staircase leads up to the first floor, where three bedrooms and a bathroom are located.

This staircase leads up to a newly expanded attic bedroom that now has a full-height ceiling, and finally up into the reading space.

On every level of the home, large openings have been angled slightly towards a copse that sits behind the house, so the occupants can enjoy the "feeling of not being in London" said the architecture studio.

Other London extensions that swap traditional brick for wood include Tate Harmer's ribbed timber extension in West London, and Larissa Johnston's rearrangement of a maisonette in Islington around a central plywood box.