In the first major exhibition dedicated to 24/7 culture, Somerset House presents "creative responses to this modern malaise" by more than 50 artists and designers, including Alexandra Daisy Ginsberg.

Called 24/7 and billed as "a wake-up call for our non-stop world" the exhibition brings together the work of more than 50 international artists and designers, many of them special commissions.

Of these contributors, 10 work at Somerset House Studios, including Alexandra Daisy Ginsberg, who presented Machine Auguries, a work that artificially recreates the dawn chorus.

"Instead of thinking about how the 24/7 lifestyle affects humans, I wanted to think about how it affects other species, and then of course reflects back on us," said Ginsberg.

"We looked at the dawn chorus and examined the effects of noise and light pollution on birds, who are singing louder and at a higher pitch and longer and earlier to try and communicate over the din of the city," she continued. "Only those that can adapt survive."

Ginsberg and her team fed thousands of real bird noises into a piece of AI, a generative adversarial network in order to generate thousands of fake bird calls.

From these they rebuilt a condensed ten-minute dawn chorus. It starts with the original version as heard in nature, takes the listener through an entirely synthetic chorus and then back to the real dawn chorus.

The full series of works in the Somerset House exhibition, including Machine Auguries, all respond to society's struggle to switch off, and the unrelenting pressure to produce and consume around the clock.

"This isn't a show that's designed to get you to throw your phone away, or other self help advice. It's a show about how we share space and time, and it's about us, now," said director of Somerset House Trust Jonathan Reekie.

"We live in a way that many of us feel is a constant state of sleeplessness, distraction and endless work and this exhibition is about encouraging us to rethink the way we live, work and rest, our relationship to time, and I think most importantly our relationship to each other and the world around us."

The exhibition is divided into roughly five zones: day and night, activity and rest, the human and machine, work and leisure, and the individual and the collective.

"Each section represents a tension that we feel – being asleep or scrolling on our phone, or being isolated at work or being together," explained exhibition curator Sarah Cook. "But it's not so simple as those easy binaries might make it seem."

"It's a recreation of Skinner's experiment and how these were later used by amongst others social media companies as a way of controlling and addicting us to our devices," said Collishaw.

"The work I've made is not so much about the relentless clock ticking on the wall or the city that we've built for ourselves but the mechanisms inside our brain and how they become hijacked."

Other work on show includes Nastja Säde Rönkkö's 6 Months Without, for which she lived for six months without access to the internet, Ubermorgen's video work about bitcoin, Chinese Coin (Red Blood) and a set of Slogans for the 21st Century, created by Douglas Coupland in response to the exhibition's themes. 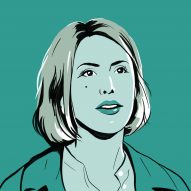 Iain Forsyth and Jane Pollard's Somnoproxy asks visitors to lie down on a bed and close their eyes whilst they're read the fictional story of someone who sleeps on behalf of clients who are too busy to do it themselves.

Elsewhere Catherine Richards' Shroud/Chrysalis I and II sees visitors lie down on a glass table where they are wrapped in a copper blanket that acts as a Faraday Cage, blocking electro-magnetic signals.

The exhibition was initially inspired by the 2013 book by art critic Jonathan Crary 24/7: Late Capitalism and the Ends of Sleep.

The curators also looked to research by broadcasting regulator OFCOM that showed that people in the UK now check their smartphones every 12 minutes on average over the course of a full day.

Meanwhile The Sleep Council reports that 48 per cent of Britons regularly go to sleep after 11pm each night.

Despite this we are all working longer hours. Since 2010 UK workers have added an average of a full working week (37 hours) to their working year, according to data from the OECD.

The exhibition doesn't aim to provide any straightforward solutions, but looks at the creative responses that technology can offer, as well as the problems that it creates.

"Technology is often blamed for accelerating our lives, we often complain about longer working hours and the distinction between work, rest and play becoming more blurred," said Reekie. "Trying to understand the truth in all this is unbelievably complex."

Ginsberg will be speaking at Dezeen Day about her work exploring how design can be harnessed to combine the natural world with emerging technology to create a better world.

Her solo show Better Nature runs at the Vitra Design Museum until 24 November 2019, and features six examples of her work to date.