Designer Daan Roosegaarde has memorialised the 104,000 victims of the Holocaust in the Netherlands with individual stones in an interactive sculpture titled Levenslicht.

Launching yesterday in Rotterdam, Levenslicht is made up of specially designed luminescent rocks that glow every few seconds, apparently as if taking "a breath of light".

The rocks are arranged in a circle, around which visitors can gather to reflect.

The stones are embedded with fluorescent pigments and the work, which is installed on the banks of the Maas where the victims of Rotterdam were collected and deported at the time, is designed to be viewed under ultraviolet light.

Unusually for a monument, it is interactive — visitors are allowed to to pick up and hold the stones sensitively — and mobile.

Following its unveiling in Rotterdam, it will travel to more than 170 Dutch municipalities.

Levenslicht means "light of life" in Dutch and was inspired by the Jewish custom of placing stones on graves to honour the dead. Stones are also significant in the Roma and Sinti communities that were also persecuted.

"Levenslicht is not a traditional static monument in which people are purely observers; it asks social participation," said Roosegaarde. "Light is life, light is hope: Levenslicht."

Roosegaarde, who is best known for environmentally themed works such as the Smog Free Tower, was asked to design the monument by the National Committee 4 and 5 May, the Dutch authority in charge of world war two commemorations. 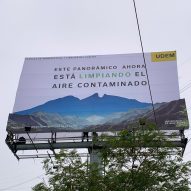 This year marks the 75th anniversary of the liberation of Auschwitz, the largest of the German Nazi concentration camps, located in Poland.

The hope is that Levenslicht will provide "a place for contemplation about the Holocaust and the broader importance of freedom" for the people of the Netherlands.

"This work of art, which can be seen in many Dutch municipalities affected by the Holocaust, makes the emptiness and lack of this large group tangible in those municipalities where compatriots were murdered during the war, purely and simply for who they were," said committee chair Gerdi Verbeet.