Designer and educator Cas Holman creates toys for children that allow them to use their imaginations, in a industry that she says is dominated by movie product tie-ins.

"Children's lives are very programmed, very scheduled," Holman explained, "there aren't a lot of opportunities for young people to say 'what do I want to do now?' or ask 'I'm sitting next to this thing, what shall I do with it?'"

"A lot of the options that we give to children don't allow for freedom, we don't give them the freedom to play," she continued.

"I try to give them a little room so that in play they can decide how or if to use something."

"They get to shape the story"

Rhode Island-based Holman set up her company, called Heroes Will Rise, 18 years ago. It produces toys, learning materials and playgrounds designed for children.

She recently featured in the latest series of Netflix design documentary Abstract, alongside head of the Mediated Matter Group at MIT, Neri Oxman, and Danish-Icelandic artist Olafur Eliasson.

The products Holman designs are flexible to encourage the child to use their imaginations rather than follow strict instructions, something she thinks is increasingly important as children's lives are becoming busier and more structured.

The most well-known of these toys is Rigamajig – a 265 part kit of planks, wheels, pulleys, nuts, bolts and ropes. The modular pieces can be put together in any way the user sees fit.

"They're open-ended in terms of what they can be for the child," said Holman.

"If the child needs to engage in a collaborative project they can, if they need to just screw and unscrew nuts and bolts, they can also do that," she continued.

"The way they play is the imaginative thing"

Part of the problem, she argues, is that the toy industry is so connected to movies, which come with ready-made narratives.

As the child likely knows the story of the film already, there is "no need to invent a game, and negotiate the world as they go" or have a "collaborative social interaction". 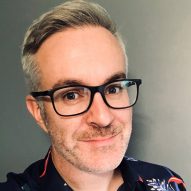 The designer is careful not to give the various pieces of Rigamajig specific names, as these might indicate to the user how they should interact with them.

Instead children might grab a piece that adults would recognise as a cog and decide that it's a biscuit, for example.

"They'll spend some time learning the material, figuring out how to use it, by playing with it," said Holman. "Often the way that they play with it is the imaginative thing."

"We forget how to play"

Creating a framework for children to design can be harder than creating a finished product though, as the designer must leave decisions up to the user, and allow for many different outcomes.

"I actually think it's harder to design for others to design," said Holman.

"As a designer, I get excited about something and I want it to be complete, which might work for a car, but for children, if you design it just enough, as a designer that's a level of restraint that's not intuitive," she continued.

Holman also teaches industrial design at Rhode Island School of Design (RISD), as well as a course in experimental and foundation studies to first-year students at the college.

She has found that the 17 year-olds suffer from the same lack of imaginative play opportunities as the five year-olds that she commonly designs for.

"We forget how to play or we tell ourselves that we can't or shouldn't behave that way," she explains, before describing how hers is the only department at RISD where students lie on the floor blowing cotton balls around.

Holman spends time discussing the idea of good design with her students, and is concerned that the industry works within a narrow definition.

"The design community still suffers from the 'man hero' idea of many decades of a culture of idolising and buying into what a good designer looks like, and that's usually a white man, and westernised design," she said.

"If we're used to looking at something as 'good design', if we see something that doesn't fit that, we're not going to look at that as good design because we haven't really thought what is good," she continued.

"I don't think we've been that willing to ask ourselves, 'what is good design?'" 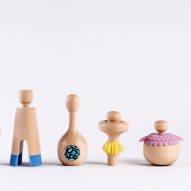 With star designers on the rise, and often gaining as much attention themselves as their work, Holman believes that it's important to recognise that the our idea of what's good is learnt.

"There's a sanctity of the designer, devoid of subjectivity," she said.

"There's this idea that so and so has a bad boy reputation but the design is great. But actually that reputation is part of what makes you see the design as good," she continued.

"There is no objectively good. It's been defined at some point and we've been taught based on that idea of good."

"It's not about boys and girl"

In her own work, she believes that as its creator she is inherently embedded in the design, so who she is inevitably has an impact on how the design is understood and used.

As a gender-nonconforming designer who has little interest in the Disneyfication of early learning, Holman has no time for toys aimed specifically at either young girls or boys.

"I'm continually struck by how people who love Rigamajig say my grandson would love this," she explained.

"I'll be talking to them for a long time and they'll say 'how do you get girls to engage?', like we have to trick them, and I'll say 'we invite them to engage, the same way that we invite boys to engage'."

"Let's stop assuming that they have to choose," she continued. "It's not about boys and girls, it's about a spectrum of ways of playing."

Lego's head of design Matthew Ashton told Dezeen last year that children's creativity is being "brushed aside" by digital media.

"Now there are so many activities through school and after school, and so much media to consume," Ashton explained, "that maybe playing and creativity is being brushed aside and we want to put that in the forefront."