Organisers of Milan's Salone del Mobile will meet this afternoon to decide whether to proceed with this year's furniture fair, cancel it or postpone it due to Italy's coronavirus outbreak.

"In the late afternoon there will be a meeting," a spokesperson for Salone del Mobile confirmed. "We hope to have more info by late evening and be able to send a communication."

The meeting, scheduled for 4pm Italian time, comes after seven people died of the virus in northern Italy and the government declared a state of emergency and quarantined a dozen small towns close to Milan.

Many designers expect the fair, the world's biggest and most important furniture event, to be postponed, with September considered the most likely alternative. Others are calling for the fair to be moved to June or July.

"Some big Italian companies are pushing to postpone it," one Milanese designer told Dezeen. "This event is very important for Italy, very expensive for the brands and if there is a risk of a big flop I guess it's worth moving it to another month".

One leading designer described the postponement as "inevitable" while another said this year's fair was a "non-starter". However, another Milanese designer said the event would "most likely cancel".

Some leading brands have already decided not to show in Milan this year while others are anxiously waiting to hear from Salone del Mobile, which is due to be held from 21 to 26 April.

"Numerous cancellations are arriving in Milan, especially by the Chinese and Asians in general," said Confapi Matera, a trade body representing business in the Matera region of southern Italy.

Last week the organisation called for the fair to be postponed. "The risk of flop of the fair worries local entrepreneurs who will have to bear the costs of participation," it said.

Italy most affected country in Europe

Local politicians and businesses are understood to be keen to move the fair to later in the year to avoid holding the event under the shadow of the virus, with the risk that visitors will stay away and the event will be a commercial failure.

Some brands' preparations have been affected by supply-chain disruptions due to the coronavirus-driven shutdown of factories in China and the increasing restrictions on movement in the northern Italian provinces of Lombardy and Veneto, where many design firms have factories.

Residents of Milan are this week reporting empty streets and shops in the city as workers stay home as a precautionary measure since the sudden outbreak of the Covid-19 strain of the virus over the weekend.

Over 270 people in Italy have tested positive for Coronavirus, making it the most affected country in Europe.

"It would be stupid to do Fuorisalone without Salone"

The Italian authorities have moved swiftly to isolate affected towns in what many observers see as a deliberate strategy to crush the outbreak so that Salone del Mobile, which is the most important and profitable event in Milan's calendar, can go ahead.

However, the official Salone del Mobile is only a part, albeit the key constituent, of Milan's sprawling design week, which sees hundreds of "fuorisalone" events taking place across town.

These events are independent of the salone, but many observers feel that without the official fair to anchor the week, the fuorisalone events may decide to postpone or cancel as well. 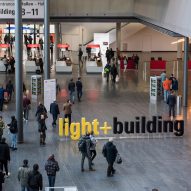 "It would be stupid to do Fuorisalone without Salone," said one event organiser, adding that the situation was "too stressful".

"Salone has to decide soon," the organiser added. "If not people won't have time to reorganise themselves".

I heard that some companies that are doing fuorisalone want to go on even if they cancel the fair," another designer said.

"But if they stop the fair, I will stop all the events I have in town. It is really stupid to split the parts. One is born from the other and they need each other to be strong."

The coronavirus outbreak was first reported in Wuhan, China, in December 2019. The virus has infected more than 80,000 people in 36 countries and the death toll now stands at over 2,700. It has led to the postponement of several design events in China, including Design Shanghai and Festival of Design.

In Europe the outbreak has also impact design fairs. The organisers of MIDO, the world's biggest eyewear event, announced it was postponing its 2020 event in Milan, while the Light + Building fair in Frankfurt has been postponed until September.

Image is by Sergio Boscaino.