Consisting of a chair, a bench and a variety of cabinets – including freestanding and wall-mounted versions – the Alltubes collection is named for its primary material.

By lining the tubes up in welded rows, they created walls and surfaces. Bending sections of tubing allowed them to form legs and rails that extend seamlessly from the body of each piece.

"At the metalman's we saw a series of tubes next to each other, we were immediately surprised by the beautiful wavy surface and how the light reacted to it," Muller and Van Severen told Dezeen.

"One element becomes a strong surface by multiplying it, hinges and doorways can be hidden in the tubes, and by extending or bending, legs or railings are created," the duo continued.

"Everything can flow naturally into each other in this way. We only had to work with one profile and yet we could create a whole world with it."

The cabinets feature flat tops, shelves and bottoms, each with a scalloped edge that matches the profile of the tubes that form the walls of the designs.

Two of the cabinets are the same size, but use different diameters of tubing – five centimetres and three centimetres – to create a different effect.

The chair uses a smaller diameter of tubing – 2.5 centimetres – than other pieces in the collection. "We found that this proportion fits better," explained the designers. 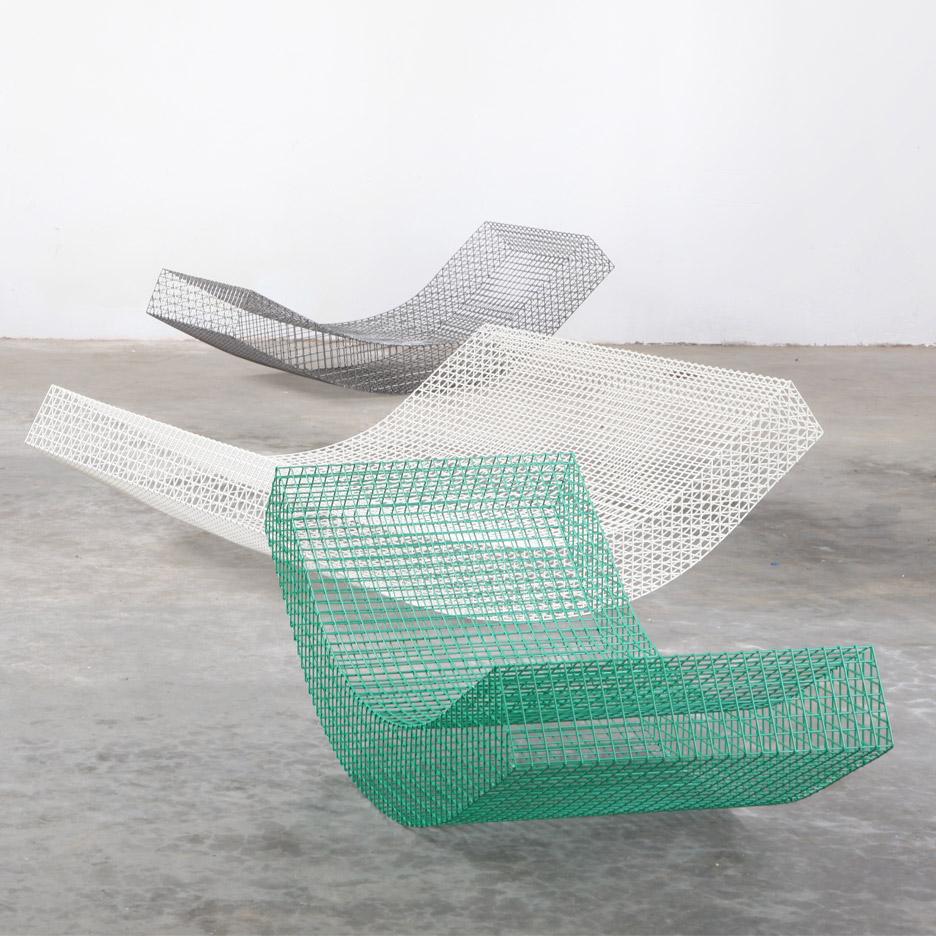 The bench, which is 175 centimetres long and features a blue finish, uses 11 lengths of five-centimetre diameter tubing for the main body, with an additional three pieces on each side that are bent to create the double-width legs.

"In the case of the cabinets, the repetitive rhythm of the pipes placed next to each other – causing undulations – makes you forget the coldness of the material," said the duo. "In the bench and the chair, bending the material softens its hardness."

Originally both artists, Muller and Van Severen founded their furniture studio in 2011. Based in Evergem, Belgium, they use materials as the starting point for their designs. 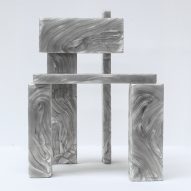 "We almost always start from a standard material with its standard dimensions in its naked form, which is composed in a seemingly simple way," the duo told Dezeen.

Alltubes was launched at this year's Collectible design fair in Brussels, which took place from 5-8 March.

The fair also saw Dutch startup Plasticiet create a series of furniture from monolithic slabs of recycled polycarbonate, which feature a swirling, shiny finish reminiscent of mother of pearl.