Apple has released a 10-year roadmap to ensure that every device it produces has a net-zero climate impact by 2030, as part of its plans to become carbon neutral.

The company announced today its commitment to achieving a net-zero carbon footprint across its product life cycles and manufacturing supply chains in 10 years' time.

Apple said its global corporate operations are already carbon neutral but plans for its entire business, including all of its devices, to have a net-zero climate impact by 2030.

Outlined in its 2020 Environmental Progress Report, the goal is to reduce its emissions by 75 per cent and to develop carbon removal solutions for the remaining 25 per cent to create a net zero sum.

"With our commitment to carbon neutrality, we hope to be a ripple in the pond that creates a much larger change."

Apple has created a 10-year climate roadmap as part of its report, which details the interventions and changes it intends to make by 2030.

As part of its plan to create low carbon products, Apple is developing a carbon-free aluminium smelting process that releases oxygen instead of greenhouse gases. It is currently working with aluminium suppliers to create the new production method, which it claims is the first of its kind.

The first batch of this low-carbon aluminium is currently being used to produce a 16-inch MacBook Pro.

"The innovations powering our environmental journey are not only good for the planet – they've helped us make our products more energy-efficient and bring new sources of clean energy online around the world," Cook said.

Apple will also expand the deployment of its recycling robot called Dave to disassemble the Taptic Engine of old iPhone devices to recover rare earth magnets, tungsten and steel.

According to the company, all iPhone, iPad, Mac and Apple Watches released this past year are made from recycled rare earth elements from the old hardware.

In addition to these measures, Apple announced it will expand its energy efficiency and use of renewable energy, including investing $100 million (£78.5 million) in projects for suppliers through the US-China Green Fund. Others suppliers will also shift to more renewable energy.

Apple said the environmental effect of this change is equivalent to "taking more than three million cars off the road each year".

"Apple now has commitments from over 70 suppliers to use 100 per cent renewable energy for Apple production – equivalent to nearly eight gigawatts in commitments to power the manufacturing of its products," it added.

It currently has its own plants in Arizona, Oregon, and Illinois and each year they produce over one gigawatt of renewable energy – equal to powering 150,000 homes. More than 80 per cent of the renewable energy Apple uses is sourced from its plants.

On top of its own operations, Apple also plans to develop new renewable systems for communities in the Philippines, Scandinavia and Thailand.

Emissions will be offset by environmental nonprofits

Apple plans to offset further emissions by donating to nonprofit environmental organisations, such as Conservation International.

It currently invests in conservation projects in China, the US and Kenya, and will now help restore a mangrove forest in Colombia that stores almost 10 times the amount of carbon compared to traditional forests.

"Businesses have a profound opportunity to help build a more sustainable future, one born of our common concern for the planet we share," said Cook. 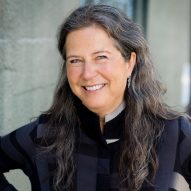 By implementing all of these measures, Apple expects its entire business can be carbon neutral. Last year it reduced its carbon footprint by 4.3 million metric tons, and reduced emissions from man-made fluorinated gases used in manufacturing that contribute to global warming by 242,000 metric tons.

Apple's corporate operations are already completely based on renewable sources, and its data centres have been powered by renewable energy since 2014.

Apple's goal aligns with that of Microsoft, which plans to be carbon negative by 2030, and Google, which also announced to have zero emissions by 2030.

Ivy Ross, Google's vice president of hardware design, has mirrored Cook's sentiments that big tech companies "have an obligation" to do more for climate change in an interview with Dezeen.