The UK government has laid out proposals to speed up planning approval for developments, which prime minister Boris Johnson described as "unlike anything we have seen since the second world war".

In a report published today titled Planning for the Future, the government details plans for upcoming changes to the planning system in England.

Prime minister Boris Johnson described the existing planning system as a "relic" that's "outdated and ineffective" in a foreword to the white paper.

"The whole thing is beginning to crumble and the time has come to do what too many have for too long lacked the courage to do – tear it down and start again," said Johnson.

"That is what this paper proposes. Radical reform unlike anything we have seen since the second world war."

"Not more fiddling around the edges, not simply painting over the damp patches, but levelling the foundations and building, from the ground up, a whole new planning system for England," he added.

The reforms include redrawing local plans produced by the Local Planning Authority (LPA) so that land would fall into only one of three categories: growth, renewal or protected.

Planning would be "automatically secured" for areas categorised for growth. Some development would be allowed in renewal areas but it would be restricted in protected zones.

Local authorities would be bound by a new national requirement for the number of new homes built in their areas.

To speed up planning approval, new laws would decree that local authorities and the planning inspectorate must get projects through planning in under 30 months or be sanctioned. 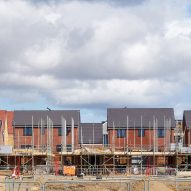 RIBA calls for "urgent reconsideration" of proposals to deregulate planning

"Decision-making should be faster and more certain, within firm deadlines, and should make greater use of data and digital technology," said the paper.

The report said this data could come from the property technology sector, dubbed PropTech, and local authorities should all adopt digital planning services where local residents can view and respond to maps and visualisations of upcoming development proposals online.

A "fast-track for beauty" will also grant automatic permits for "proposals for high-quality developments where they reflect local character and preferences".

As a continuation of the Building Better, Building Beautiful commission, developments that comply with local design codes would be guaranteed faster planning permission.

"Pattern books" in the form of style guides for "popular and replicable designs" could be used for permitted developments and schemes in land designated for renewal.

The government has also suggested scrapping section 106, the legal agreements developers are required to make with local councils to make development schemes more acceptable, such as by building affordable homes or paying for public services.

In its place, an updated version of the pre-existing community infrastructure levy would become the standard. 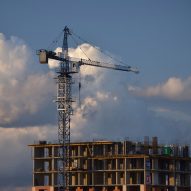 UK housing commission urges planners to "say no to ugliness”

This levy is a flat-rate fixed charge that is calculated based on the floor space of the development. Currently, this is paid once development commences, but under the reforms, it could be paid on the final value of the scheme once it is fully occupied – with sanctions on developers caught preventing occupation to avoid the charge.

The report highlighted that a non-negotiable tariff would eliminate the weaknesses of section 106, where large developers employ lawyers to help them get out of their side of the agreement.

Under the reforms, local authorities will be able to borrow money against their infrastructure levy revenue to fund projects. Infrastructure levy money currently can't be put towards affordable housing, which is normally secured through section 106 agreements. The white paper proposes giving developers a discount on the levy if they build affordable homes.

"In effect, the difference between the price at which the unit was sold to the provider and the market price would be offset from the final cash liability to the levy," said the paper. "This would create an incentive for the developer to build on-site affordable housing where appropriate."

To mitigate the risk of developers delivering low-quality affordable homes, the Planning for the Future paper suggests that local authorities could demand a cash equivalent from the developer if no buyers are found.

This white paper marks the start of a 12-week public consultation where the government has asked for feedback.

The RIBA has already urged the housing minister to reconsider the proposals. "Deregulation is not the way to bring about new homes," said RIBA president Alan Jones.