New planning rules announced by the UK government will require new homes built under permitted development rights to be over 37 square metres.

The Royal Institute of British Architects (RIBA) has praised the ministry of housing for closing a "dangerous loophole".

"Minority of developers abusing the system"

New houses built under permitted development (PD), which allows existing buildings to be converted to residential without going through planning permission, will have to meet minimum space standards.

"I'm tackling the minority of developers abusing the system by announcing that new homes delivered will have to meet space standards."

Homes must be 37 square metres

Previously, homes built in converted offices could be smaller than the official bare minimum of 37 square metres for single occupancy homes. 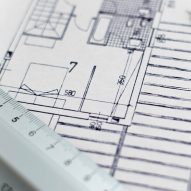 "The government has done the right thing by closing this dangerous loophole and ensuring new PD housing across England will have adequate space and light – standards that should be a given," he added.

Jenrick said that 60,000 homes have been built under PD in the past four years.

"The pandemic has further highlighted the importance of having somewhere secure and comfortable to live," said the minister.

Fears had been growing about an increase in unhealthily cramped homes being built following an extension of PD rights earlier this year.

The ministry of housing announced in July that PD would be extended to retail and commercial spaces. 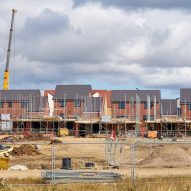 RIBA branded the move "disgraceful" and warned it would lead to the building of "future slums". An investigation published in The Sunday Times in September revealed that PD had led to homes as small as 15 square metres being built in an old shop in Southampton.

The government is currently undertaking an overhaul of England's planning system, with plans for automatic approval for plans to build in designated growth areas.