Formex, the home and interiors fair that takes place in Stockholm each January, has also been scrapped. Both events will next take place in 2022.

Organiser Stockholmsmässan said it had been "forced" to cancel the fairs and warned: "This will have severe consequences, not least for all affected exhibitors, but also for the Stockholm region which, with the non-arrival of visitors, will lose out on major revenues."

"We find ourselves in an incredibly worrying situation which is common to the entire conference and trade fair industry and which will have consequences for all of the sectors for which our events are important," said Christian Clemens, CEO of Stockholmsmässan. 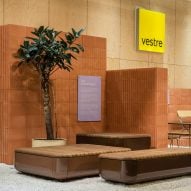 Clemens described the situation as "extremely precarious" for the region's events sector.

"Naturally, we understand the prevailing situation and the fact that all of us have a responsibility for reducing the spread of the virus," he said. "At the same time, we are in an extremely precarious situation."

"After almost one year of being unable to trade, we have been forced to carry out major cost-saving programmes which have resulted in two large bouts of downsizing," he added.

"What we need now is an announcement from politicians regarding forceful support measures. Otherwise, we and our industry risk total annihilation."

Stockholm Design Week to go ahead

The cancellation comes despite the announcement earlier this year of a more affordable, pared-back "nude" format for 2021, which was designed to take into account social-distancing rules while helping businesses impacted by the pandemic.

However, Stockholm Design Week, which takes place alongside Stockholm Furniture & Light Fair, will go ahead from 8 to 13 February.

“We are now focusing strongly on Stockholm Design Week in order to activate both large and small players within both the design world and adjoining sectors to jointly create smaller meeting places in Stockholm at which we can continue to do business and network, despite Covid-19," said Sanna Gebeyehu, product and concept owner of Stockholm Design Events at Stockholmsmässan.

"A large number of launches and exhibitions are already scheduled, and both Stockholm Furniture & Light Fair and Formex will host events in the city."

The news follows the postponement of other design events scheduled for early 2021 as the coronavirus pandemic impacts the calendar for the second year in a row.

Paris homewares show Maison&Object has been rescheduled from January to 26-30 March while Design Shanghai is moving from March to early June. 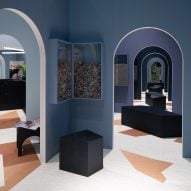 Iceland's DesignMarch festivities are being shifted from March to 19-23 May. Cape Town conference Design Indaba, which usually takes place at the end of February, has been cancelled.

Surface Design Show, which was due to take place in London in February, has been cancelled and will now take place from 8 to 10 February 2022.

There is speculation that Milan's Salone del Mobile, which did not go ahead in 2020, will move from its traditional April slot to June or September.

The photo is by Jonas Lindström.

Dezeen Events Guide has up-to-date details of architecture and design events taking place in 2020 and 2021, including a dedicated page of events impacted by coronavirus.