New Architecture Writers, a free course for black, Asian and minority ethnic people interested in a career in architecture media, is seeking applicants for its 2021 programme.

The year-long, part-time programme, which is based in London and is supported by the Architecture Foundation and the Architectural Review, is open to BAME applicants under 30.

Applicants should send a short CV plus 500 words of original writing before the deadline of 6:00pm on Friday 10 December 2020. Application details are on the New Architecture Writers website.

NAW was launched in 2017 to nurture black and minority writers because "we couldn't find many established writers who weren't white," said the programme's co-founder Tom Wilkinson, who is history editor at the Architectural Review.

Many of the programme's 17 alumni have since embarked on careers in the media, in architecture and in teaching. Former members have formed the Afterparti collective of architecture writers and curators.

Diversity in architecture media is "getting better, but it seems to me there is still a glass ceiling," Wilkinson said. 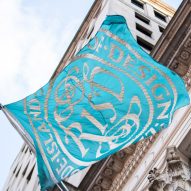 "If you look at the established architectural media, there are very few POC in the top positions," said Wilkinson.

"Class is also a big barrier to getting work in the media. A lot of that is down to connections, which is one of the things NAW was set up to foster."

Wilkinson spoke to Dezeen about the NAW programme and the progress it has made since it was launched:

Marcus Fairs: Why did you set up NAW?

Tom Wilkinson: Phineas Harper [now director of Open City] and I were both working at the Architectural Review at the time and wanted to commission more POC writers but we couldn't find many established writers who weren't white, so we thought we'd try to do something about that.

Marcus Fairs: The NAW programme has been going since 2017. What has changed since then?

Marcus Fairs: The lack [of non-white architecture writers] that provoked us to start NAW has received increasing attention in the years since, which has benefited us to some extent. People are more interested in what we're doing, more aware of their own shortcomings, and many have got in touch to offer various kinds of support, for which we are grateful.

There is also a growing number of other groups focusing on race and ethnicity in architecture, many run by POC, which is great. However, one of the reasons these issues have started to attract more mainstream attention is because of state brutality against black people. And the resulting attention has sometimes been clumsy, or worse, exploitative and self-interested. So at times, it has been a somewhat bitter success.

Marcus Fairs: What has NAW achieved so far?

Tom Wilkinson: I'm extremely proud of our past members, all of whom have done interesting things as part of the programme, and have continued to do so since. I think our greatest achievement has been bringing them together and giving them a space to develop their ideas and skills as a group.

With regards to the events and the publications that the members have put together, that was all down to them. I don't want to attribute their achievements to our administration of the programme: we just provide a framework.

Marcus Fairs: How many people have done the course and how has it helped them?

Tom Wilkinson: We have 17 alumni in total. They have gone on to work at Dezeen [programme alumnus Siufan Adey is a content producer at Dezeen]; to further study; to practice; and to teach at Central Saint Martins and the AA, among other places.

Thomas Aquilina, who was part of the first cohort, now runs the programme with me, and it is certainly better for his involvement. I'm reluctant to attribute their successes to the programme since they are all ambitious, talented people who would have gone far in any case. But I hope it's helped them to improve their writing.

Marcus Fairs: Given that the rise of digital media and video, podcasting, social media etc, why is the NAW course so centred around writing? Is this focus a bit old fashioned?

Tom Wilkinson: This is a good point. We have hosted workshops run by podcasters and broadcasters such as Tom Dyckhoff and our members have made works in other media as a result. I do think it's important to remember that writing is still at the heart of all these media, however. Podcasts and videos are pretty hard going without a good script and writing well for social media is a skill, too. In a way, it's the ultimate transferable skill, whether our alumni continue in journalism or not.

Marcus Fairs: From running the programme, have you spotted any particular barriers or biases preventing greater diversity in the media?

Tom Wilkinson: If you look at the established architectural media, there are very few POC in the top positions. Priya Khanchandani [former editor of icon magazine] was an exception. Class is also a big barrier to getting work in the media. A lot of that is down to connections, which is one of the things NAW was set up to foster.

I think we do well in that regard: our members get to spend time with the prominent editors and journalists who run our workshops, and these days we have people getting touch with commissions fairly regularly, too.

Marcus Fairs: Is the programme popular? Are there lots of BAME writers wanting to break into architecture media or is this not really something they consider as a career?

Tom Wilkinson: In both of its previous iterations the course has received more applicants than we had room to take on, which I'm both pleased and regretful about. It's encouraging that so many people want to join the programme, and we'd like to offer more spaces but there's a limit to the size of group we can run on our current model.

Regarding the ultimate aims of our members, I'm not sure how many of them aspire to journalism as a career – and given the state of the industry, that demurral seems sensible. We are clear in our call for applicants that we are not only looking for aspirant journalists in any case. This is born of the conviction that the media would be improved if more people wrote besides professionals.

Marcus Fairs: How would you describe the current architecture media landscape in terms of diversity?

Tom Wilkinson: I would say it's getting better, but it seems to me there is still a glass ceiling. If I was going to be optimistic, I'd say I hope that's generational.

Marcus Fairs: What can be done to improve diversity in architecture media?

Tom Wilkinson: Editors could try looking beyond the usual names, on the principle that it's better commissioning work from underrepresented writers rather than paying established voices speaking on behalf of others.

Marcus Fairs: What should architecture publications do to ensure they're more diverse, both in terms of their employees and what they write about?

Tom Wilkinson: Hire black and POC writers to write about other topics beyond identity and discrimination. Get non-white people involved in editorial decisions. I may be biased, but I think the Architectural Review is taking steps in the right direction in this regard with its recent editorial statement.

Marcus Fairs: Should architecture publications be pushing the profession to be more diverse and if so how should they do this?

Tom Wilkinson: I think the media do have a role to play here by promoting non-white architects but in the end, firms have to shape up. Looking from the outside it seems to me that the dominant culture of practice is inimical to people who are not white, who are not rich, and who don't have social capital. Rather like the media, in those regards.