Milan's Salone del Mobile looks set to take place in September after the Italian government announced that trade shows will be allowed to take place from 1 July.

The announcement came three days after the Salone del Mobile said it was hopeful the fair could go ahead from 5 to 10 September.

"We are therefore hopeful that the reassurances given yesterday will soon become concrete actions." "Most importantly, this has to be a mindset shared by the companies who have to confirm their attendance at the trade fair, as a key driver of recovery in the furnishing sector, the Italian economy and society."

There had been fears that a resurgence of Covid-19 cases in Italy could mean ongoing restrictions that would prevent the fair from taking place for a second year running.

Last month, the Salone del Mobile called on the government to provide reassurances that would allow it to push ahead with preparations for the event, which was rescheduled from its regular April slot due to the pandemic.

Fuorisalone will happen on schedule

This led to a united response from organisers of the fuorisalone events that take place across the city alongside the fair.

Sixteen of the events grouped together to declare that the fringe events would go ahead regardless of whether Salone del Mobile was held.

Salone del Mobile organisers held a series of meetings with Italian government ministers last week, urging them to set out a roadmap for unlocking coronavirus restrictions. 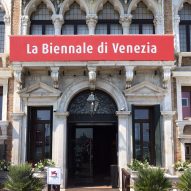 Following the meetings, the fair expressed confidence that the government would act to allow trade fairs and public events to resume in time for September.

"Prime Minister Mario Draghi’s words last week, on the need for a recovery plan for the relaunch of trade fairs and events, were echoed by the meetings held in Rome,” said Claudio Feltrin, president of FederlegnoArredo, the Italian timber industry trade body that owns Salone del Mobile organising body Cosmit.

"This sends a very important signal from the politicians, showing that they are fully cognisant of the urgent need not just for a set date, but also for the requisite reassurances in order to organise a major event such as the Salone del Mobile di Milano within the necessary timeframes."

On Friday, Draghi and Speranza announced a staged loosening of constraints starting on 26 April, when yellow zones with light restrictions will be reintroduced and outdoor dining will be allowed.

At present, all of Italy is covered by red or orange zones, which have strict controls on travel and business activities.

"The first key date is April 26th, with the restoration of the yellow zone," said Speranza.

"Then from May 15th the idea is that the outdoor pools can reopen, from June 1st gyms, from July 1st we can imagine trade fairs."

However, the lifting of the ban on indoor events in Italy from 1 July comes too late for the Venice Architecture Biennale, which is due to open to the public on 22 May.

Organisers of several national pavilions at the biennale have announced they will hold "silent openings" without guests.

Italy's 10:00pm curfew will remain in place for now, as will testing and quarantine requirements for international arrivals and restrictions on non-essential travel within Italy.

Salone del Mobile 2021 is due to take place in Milan from 5 to 10 September. For up-to-date details of global architecture and design events, visit Dezeen Events Guide.