Musician Imogen Heap has created a collection of six audiovisual NFTs that are carbon negative and hope to "set the bar for what digital art can and should be".

Half of the profits from the sale were split fairly between all contributors while 45 per cent of Heap's earnings were donated to her Creative Passport project, with the exact breakdown listed in the description of each NFT in a bid to foster greater transparency.

"In time, people could run on commission instead of running on up-front payments, which for some musicians would be really helpful," Heap told Dezeen.

"You all invest in the music together. It's interesting to be able to have that opportunity to share the profits in different ways and get creative with it."

In the hope to "set the bar for what digital art can and should be", five per cent of Heap's personal profits went towards carbon capture via Seattle start-up Nori.

This helped to remove a total of 20 tonnes of carbon dioxide from the atmosphere compared to the estimated 0.2 tonnes of CO2 emissions that are generated by the average NFT release due to the processing power that is needed to mint a non-fungible token on the Ethereum blockchain.

The token is linked to a digital asset as a way of verifying its authenticity and ownership, and any time the digital asset is sold and transferred this transaction is recorded on the blockchain, generating emissions along the way.

Previously, Austrian architect Chris Precht cancelled a planned NFT drop after discovering that it would have consumed as much electricity as he usually uses in two decades.

But by working with Nori as part of its first NFT offset project, Heap was able to sequester more carbon dioxide than was released by her six NFTs, making the release effectively carbon negative.

"Even though we didn't raise anywhere near the amount of money we were hoping – the drop hasn't even paid its costs – we were able to buy 20 carbon tonnes worth of removal," said Heap. 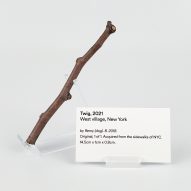 "So that's 100 times more than it generated, even just through a relatively small sale. In that way, it was a success."

Rather than focusing on reforestation, as many traditional carbon offsetting schemes, Nori finances regenerative agricultural practices, which help to capture CO2 from the atmosphere, sequester it safely in the earth and in turn help to make the soil more fertile.

People like Heap, who are hoping to offset their emissions, can use Nori to purchase carbon removal by the tonne, which can be traced back to the farmer and even the exact piece of land where the carbon dioxide was sequestered.

This level of transparency is possible because every tonne of carbon is recorded in unique certificates, so-called Nori Removal Tonnes (NRTs), which are themselves NFTs recorded on the blockchain.

"It's really easy for me to give Nori a few per cent of our drop because the company is already set up in the blockchain space and understands the power of blockchain because it uses it to trace the journey of carbon on the fields," Heap explained.

Only one NFT sold

Only one of the six NFTs in the Firsts Collection actually sold, while Heap received backlash from fans who felt that she was jumping on the NFT bandwagon for the sake of making a profit.

"I got a lot of disappointed fans messaging me, maybe not understanding the full story and not reading the full premise of what we hoped to do and that it's not just about buying a Lamborghini," she said.

This is indicative of a growing NFT fatigue that has started to set in as marketplaces like OpenSeat are flooded with increasingly outlandish projects hoping to cash in on the hype. As a result, the number of sales and average price has started to drop in recent months.