American architect Terence Riley, former chief curator of architecture and design at New York's Museum of Modern Art and founding partner of Keenen/Riley Architects, has passed away at the age of 66.

Riley had a 13-year tenure at MoMA followed by his work as a teacher and director for the Miami Art Museum, now the Pérez Art Museum Miami.

At MoMA, he staged blockbuster retrospectives on Ludwig Mies van der Rohe and introduced foreign architects such as Rem Koolhaas and Herzog & de Meuron to the American public.

"He was an earnest, serious, brilliant curator"

Riley presided over a major expansion by Japanese architect Yoshio Taniguchi that was completed in 2004. The project saw the museum's architecture section moved out of a neglected side room and given a prominent place on the third floor of the new building.

His firm Keenan/Riley Architects was known for designing museums and galleries including the Sarasota Art Museum and several projects in the Miami Design District. 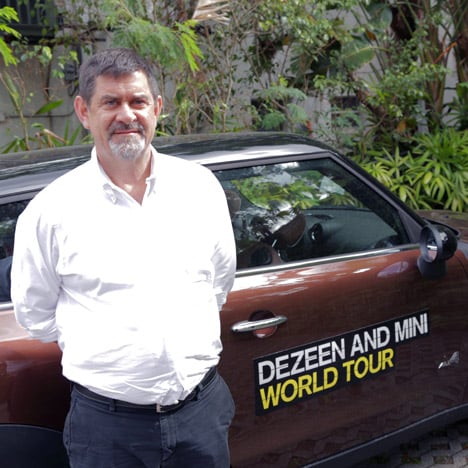 Terence Riley: Miami was actually "laid out as a pedestrian city"

"Shocked and so very sad to learn of the death today of Terry Riley, who meant so much to the architecture culture of both New York and Miami," architecture critic Paul Goldberger wrote on Twitter.

"He was an earnest, serious, brilliant curator, designer, writer and friend to so many of us. The world is diminished."

Loving modernism was "like saying that you were a sex offender"

Riley was was born in 1954 and grew up in Woodstock, Illinois. He said he learned about architecture by roaming the streets of nearby Chicago, where the buildings of Frank Lloyd Wright and Mies van der Rohe instilled in him a love for modernism.

He studied architecture at the University of Notre Dame in Indiana before receiving his master's degree from Columbia University in 1982.

"Around when I got out of school, it was the heyday of postmodernism," he once told New York Magazine.

"If you really wanted to lose a job quickly, you'd say that you were interested in modern architecture. That was like saying that you were a sex offender."

He worked for the New York office of Marcel Breuer after graduation before founding his own practice in 1984 together with fellow Columbia alumn John Keenen.

"A real rethinking of modernism"

Riley gained his first curatorial experience as the director of the Columbia Architecture Galleries between 1990 and 1991, where his debut exhibition charted the work of modernist French-American architect Paul Nelson.

"I was the curator, the registrar, the art handler – it was pretty much a one-man show in a small space on the Columbia campus," he remembered.

Architect and MoMA curator Philip Johnson came to the exhibition and quickly hired him to become MoMA's curator of architecture and design – a position he held from 1992 to 2005. 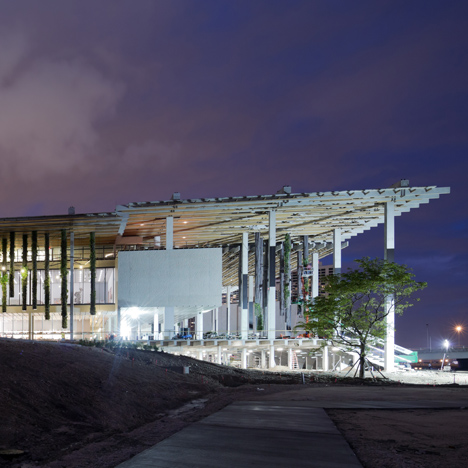 Among his landmark shows were retrospectives on Wright, Koolhas and the early career of Mies van der Rohe.

"By the end of my tenure, there had been a real rethinking of modernism, mainly to the positive," he told Architect Magazine.

"People realized modernism was more than a cookie-cutter, white plaster, flat-roofed Le Corbusier kind of architecture [and] that it was much more complex and varied and had a great number of new possibilities."

Championing Miami as a destination

In 2006, he became the director of the Miami Art Museum and moved to Florida, where he lived until the end of his life.

Riley led the museum's Architect Selection Committee and was involved in the design process for its $220 million new home by Herzog & de Meuron. He stepped down in 2010 just after designs for the building were finalised.

Riley taught at Harvard University's Graduate School of Design, the University of Miami School of Architecture and other architecture schools while heading up K/R's satellite office in Miami.

He continued to champion the city as a destination for architecture and design, creating several mixed-use and retail buildings for the city's design district.

Photography is courtesy of the Knight Foundation.