American artist Theaster Gates has been revealed as the next designer of London's Serpentine Pavilion, the first non-architect to be given the annual commission.

As reported by Architects' Journal, Gates will create next year's pavilion outside London's Serpentine Gallery.

A Serpentine Pavilion spokesperson told Dezeen that it was too early to talk about 2022, but said the gallery is excited to work with Gates.

The artist will follow South African architecture studio Counterspace, which was originally assigned to create the 2020 pavilion that ended up being postponed until this year.

While Gates is the first non-architect to be given the annual commission, he was trained in urban planning and preservation. Many of his works draw on issues of space and urban structure.

For the Chicago Architecture Biennial 2015, Gates converted a derelict bank building in a low-income Chicago neighbourhood into a cultural venue with galleries, event space, and libraries. 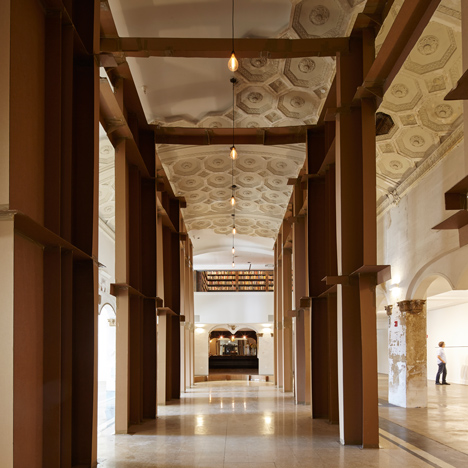 His Rebuild Foundation supports artists by developing free housing and studio spaces, as well as free arts programming, and works to extend his studio's social engagement in Chicago's South Side area and beyond.

Its projects include the Dorchester Art + Housing Collaborative, which turned a block of 32 townhouses into mixed-income housing.

The annual Serpentine Pavilion commission is traditionally given to an architect who hasn't previously created anything in the UK.

This year's design by Counterspace was set to be built with more sustainable material alternatives, including cork and bricks made of recycled construction waste.

However, it has come under criticism for its use of concrete, as 95 cubic metres of concrete were poured into the ground to create the pavilion. 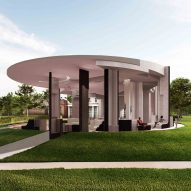 Serpentine Pavilion 2020 postponed until next year due to coronavirus

The first Serpentine Pavilion was designed in 2000 by architect Zaha Hadid and since then, architects including BIG, Frida Escobedo and Junya Ishigami have made their UK project debuts next to the Serpentine Gallery in London's Hyde Park.

Photography is by January via Wikimedia Commons.