University College London has launched a review into the Bartlett School of Architecture after ex-students came forward with allegations of sexist and racist treatment.

The prestigious London school said it was "aware of the issues" raised by former student Eleni Kyriacou, who compiled a dossier containing testimonials from 21 people.

These drew a picture of "a sexist culture" at the school, which is part of University College London, the Guardian has reported.

"We will investigate," says school

"We have been aware of issues in the Bartlett school of architecture and have been working hard to address them for some time," said Sasha Roseneil, UCL's pro vice-provost for equity and inclusion.

"We are deeply concerned to learn about these incidents, and we will investigate these, and any others that are brought to our attention."

The Barlett is an architecture school at University College London (UCL). Its facilities are located at 22 Gordon Street in Bloomsbury, London.

Allegations include female students being sexually harassed by staff, driven to tears and subjected to derogatory comments about their race.

Witnesses described a staff member telling a student "your work is very sexy and so are you" in one case, and a separate incident where a student of colour was told she "acted and spoke like a white person".

"Students at the Bartlett, who came from all-boys public schools in London, called me the 'whitest' black person they had met," said one former student.

"To them, studying architecture at a top school like UCL was a white and middle-class thing, not a place for a mixed-race, British, Black Caribbean woman with a working-class heritage." 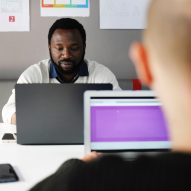 Complaints had to be made after the brief for a unit – the unique teaching structure used by the Bartlett – included a video that drew uncomfortable parallels between the Black Lives Matter movement and architects being too afraid to use colour in their buildings. In response, all unit brief videos were removed but the offensive brief was not changed.

Kyriacou, who documented the first-hand accounts and witness statements, called on the Bartlett to take action.

"I fear these findings implicate widespread misconduct that may have had a detrimental effect on hundreds of alumni, predominantly female," said Kyriacou.

"I urge UCL to investigate and to take bold action with regards to accountability for the misconduct that has occurred regarding staff members, but also to consider offering female alumni grade changes."

A 2007 report by UCL concluded women were treated differently at the Bartlett after an investigation found women were being given different grades from men.

Designers on Twitter reacted to the news by sharing their own experiences of discrimination in the UK's education system.

"I experienced plenty of antisemitism (being called jewboy by my tutors, called effing yid etc) and homophobia at the Architectural Association School of Architecture in the 2000s." 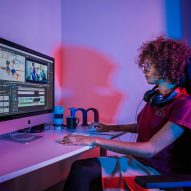 Architect Marianna Janowicz tweeted: "Sadly the Guardian article about sexism and racism at the Bartlett is not very surprising and completely aligns with accounts of my friends and peers."

"It genuinely pains me to see this," Bartlett associate professor Tim Waterman said on Twitter. "I can only promise that I will work as hard as I can to make my institution better."

The Bartlett is the latest in a line of design schools to face allegations of racism.

Last year, Rhode Island School of Design in the US announced a series of initiatives to tackle "multiple racist issues" at the institution, while Scottish-Ghanaian architect Lesley Lokko, former dean of the Spitzer School of Architecture at City College in New York, resigned over "the lack of respect and empathy for Black people" at the school.