Launched at London Fashion Week, the collection looks back to the style of athletes attending the Olympics last time it was hosted by Tokyo in 1964.

"We sought style inspiration away from the starting blocks and winner's podiums by looking at what athletes retrospectively wore during the 1964 Tokyo Olympics Games in and around the Olympic village," said Ben Sherman creative director Mark Williams.

"Their looks were Ivy-League inspired chinos & Harrington jackets worn with button-down Oxford shirts, which was a perfect fit, back to our brand DNA," he told Dezeen.

For the opening ceremony, Ben Sherman designed a navy Harrington jacket paired with a white Oxford button-down shirt and chinos for the athletes.

At the closing ceremony, the team will be dressed in navy chino shorts and white polo shirts.

The navy jacket has red, white and blue pinstripes down its arms and the lion print across the inner lining, while the lions also appear on the polo shoulder. 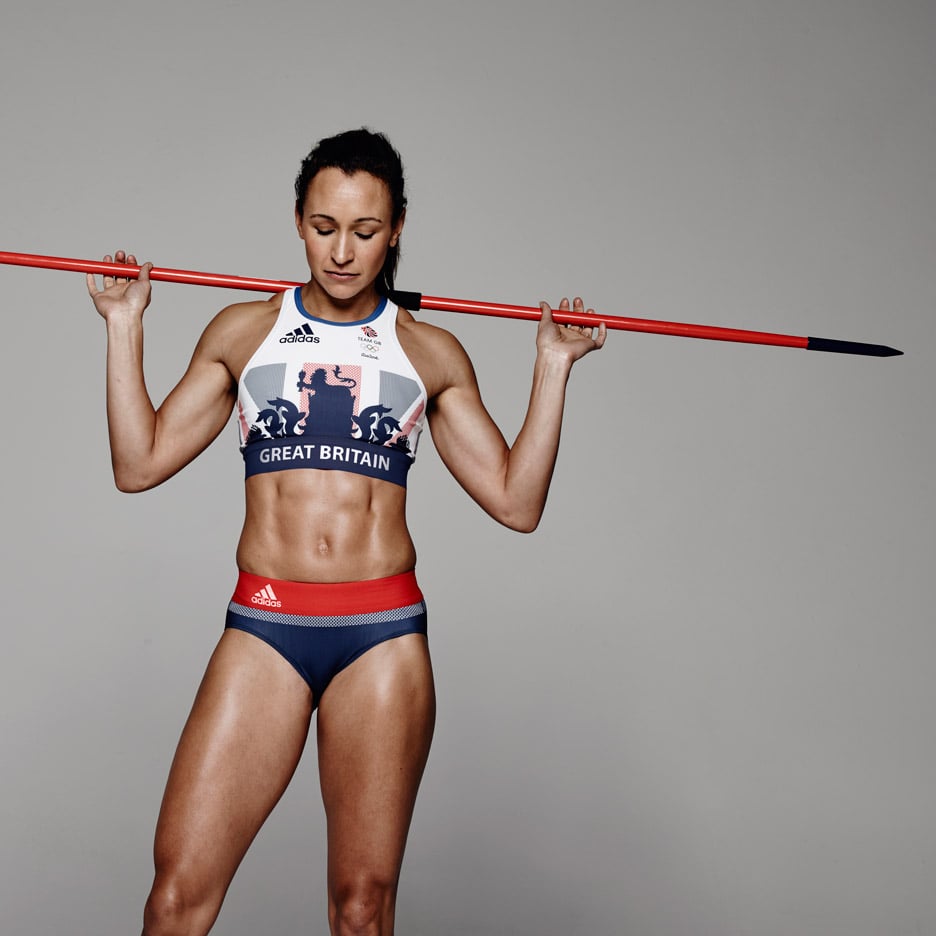 "We have incorporated a section of the Union Jack flag as a repeated stripe that runs along the sleeves of our Harrington; it's a very contemporary way to introduce a British twist to the team's uniform."

The uniforms' Oxford shirts and chino trousers were made from Global Organic Textile Standard-certified organic cotton, while the socks incorporate bamboo viscose.

Overall Williams hopes that the uniforms capture the "spirit of modern British design"  and have a "feel-good factor".

"We wanted to capture a blend of what we feel is iconic Ben Sherman styling with a mix of Team GB storytelling," said Williams.

"We also designed an understated message of 'strength through unity' and words of encouragement woven into every item to inspire the athletes and give a little feel-good factor, instilling a sense of pride and togetherness before they compete," he continued. "Our athlete ambassadors first tried on the official uniforms during the campaign photoshoot and they were impressed with how we captured the spirit of modern British design and Team GB brand values."

The coronavirus-delayed Tokyo 2020 Olympic Games is set to take place 23 July to 8 August this year.

Nike has designed the basketball and soccer uniforms and skateboarding uniforms that Team USA will wear during the event.