Norway has started work on Project Longship, a €1.7 billion project that could bury vast amounts of captured carbon under the North Sea in an effort to slow climate change.

The carbon capture and storage (CCS) project could eventually see a total of up to 1.25 billion tonnes of CO2 sequestered in former fossil reserves deep beneath the sea. Phase one of the project is expected to be completed by 2024 when capacity will reach 1.5 million tonnes per year.

"The industry players are now well underway with the work," said Tony C Tiller, state secretary at Norway's Ministry of Petroleum and Energy.

"The first contracts have been outsourced to Skanska, Aker, Kvaerner and more," he told Dezeen. "The Ministry of Petroleum and Energy has approved a plan for development, construction and operation for the storage part of the Longship project."

The project is part of Norway's commitment to meet the goals of the 2015 Paris Agreement, which compels signatories to achieve net-zero emissions by 2050 in order to give the world a chance of capping global warming at 1.5 degrees Celcius above pre-industrial levels.

Norway expects the scheme to help it achieve its commitment to becoming carbon-neutral by 2050 while generating thousands of new jobs in the process.

Tiller said there were "no guarantees" the project would be successful but said CCS is "absolutely necessary" if the world is to avoid runaway climate change. 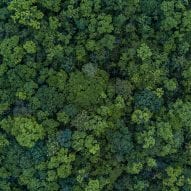 "There are no guarantees but we know that carbon capture and storage is absolutely necessary for Europe and the world to reach the temperature targets in the Paris Agreement," he said.

But he added: "However, the success of this project depends on other projects and countries following suit. Other countries must support the capture and storage of CO2 as a relevant climate measure."

The project aims to kickstart the CCS market by developing technologies and lowering the cost of capturing and storing atmospheric CO2, which is the major driver of climate change.

"The current market situation does not provide sufficient incentives to implement and develop CCS," says the Norwegian government's white paper on Project Longship, which was published in December last year.

"This is in part due to high investment costs, low-income potential in the short term and high risk," the document continues. "In addition, the price of emitting greenhouse gases is lower than the cost of CCS, and the development of technology may have the characteristics of a public good."

"Longship will demonstrate that CCS is safe and feasible and will facilitate learning and cost reductions in subsequent projects," Tiller told Dezeen. "Infrastructure will be developed with additional capacity that other projects can utilise. Hence, the threshold for establishing new carbon capture projects will be lowered."

Northern Lights, the organisation tasked with transporting the greenhouse gas and storing it under the sea, is in discussions with potential industrial partners that will capture CO2 to be shipped in liquid form to the North Sea and then pumped into the bedrock up to three kilometres below the seabed.

"Northern Lights is in dialogue with 60 potential customers who want to decarbonise industry in Europe," Tiller said. "Earlier this year, draft commercial agreements for the storage of CO2 were sent to 15 companies." 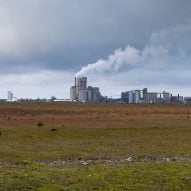 Cement manufacturer Heidelberg Cement is among the first industrial partners for the project. It plans to convert its cement factory at Slite on the Swedish island of Gotland into a carbon-neutral plant, capturing all greenhouse gas emissions from its chimneys and converting them to liquid CO2 before shipping them for underground storage.

However, this aspect of the project is in doubt due to a recent ruling by Sweden's Supreme Land and Environmental Court preventing the factory from renewing its licence to mine limestone.

"The situation in Sweden could at least challenge or postpone the CCS project at Slite," said Per Brevik, director of alternative fuels at HeidelbergCement, in an interview with Dezeen last week.

"No contradiction" between Project Longship and fossil fuel industry

Project Longship also aims to store carbon captured directly from the atmosphere. Capturing carbon that has already been emitted is a vital part of the world's decarbonisation efforts. This is because greenhouse gases emitted since the industrial revolution are already sufficient to ensure temperatures will continue to rise for hundreds of years.

In March, Northern Lights signed a letter of intent with Swiss direct air capture company Climeworks. The company, which has developed machines that suck carbon from the atmosphere, could one day provide CO2 for storage as part of the project.

Tiller said there was "no contradiction" between Norway's position as a major producer of fossil fuels and its efforts to develop the CSS sector. 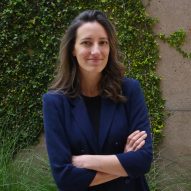 "The petroleum sector in Norway already faces strict climate measures such as quota obligations and a high CO2 tax," he said. "The emissions per unit produced on the Norwegian continental shelf are significantly lower than the average for other countries. There is no contradiction between being an oil and gas producer and developing new climate technologies."

"It is the competence and capabilities from the gas and oil industry that makes CO2-storage possible," he added. He said that the project did not involve enhanced oil recovery (EOR), a process by which fossil-fuel companies inject captured CO2 into depleted reserves to extract remaining oil and gas.

"Longship is a climate project and does not include EOR," he said.

"More than 80 billion tonnes" of CO2 could be stored

Norway's Petroleum Directorate has prepared an atlas showing where CO2 could be stored on the Norwegian continental shelf. The country does not have any appropriate terrestrial sites but the storage potential beneath its North Sea territorial waters is vast.

"The atlas shows that more than 80 billion tonnes of CO2 can theoretically be stored on the continental shelf," says the Project Longship white paper. "This corresponds to Norway's greenhouse gas emissions for more than a thousand years."

But it adds: "Such theoretical potential is uncertain and does not take costs into account. The Petroleum Directorate has categorised a capacity of around 1.25 billion tonnes of CO2 as the expected amount for effective and safe storage."