Dezeen has slashed the carbon emissions of its website by two-thirds thanks to a series of code improvements.

The changes, which have reduced emissions by 66 per cent, were introduced last month.

Their impact has been verified by Ecoping, a service that helps websites track and reduce their emissions.

"It's a massive reduction," said Ecoping founder Dryden Williams. "It's all really positive."

Dezeen committed to becoming net-zero by 2025

Dezeen worked with Williams and digital agency Den Creative on the project, which is part of Dezeen's push to become a net-zero business by 2025.

In the two weeks after the changes went live, emissions per page fell from 21 grammes to 7.18 grammes, a reduction of 65.8 per cent.

This has also helped Dezeen load faster, with average load time reduced by 58.3 per cent to 3.5 seconds.

Our carbon footprint fluctuates daily according to audience size and location, the types of content we publish and the amount of renewable power being supplied around the world on a given day. 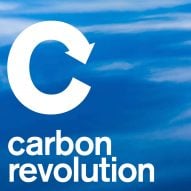 Dezeen pledges to become a net-zero business by 2025

Ecoping takes into account where in the world data is being served from and tracks the amount of renewable energy used in those locations on a daily basis.

It also takes into account the emissions caused by our readers visiting our site on their computers and phones, working out where in the world they are and calculating the percentage of grid power that comes from renewables.

Scandinavia has high levels of renewable energy, for example, meaning that servers and readers based there produce a low carbon footprint. "The States is the worst," Williams said.

Ecoping calculates that readers' devices account for 52 per cent of our website's emissions, with data centres, networks and production making up the remaining 48 per cent.

Williams called Dezeen out for its high emissions

Dezeen invested in the improvements following a blog post by Williams earlier this year that called out Dezeen's high emissions.

"It boggles the mind really how bad this website is for the world," Williams wrote, noting that the biggest problem was the inefficient way the site serves images to its readers.

Dezeen produces "10 times the average emissions" from comparable sites, Williams wrote. "That adds up to 2.1 billion grams of CO2 per year."

"You would need a forest with 96,600 mature trees to sequester this much CO2," he said.

"There's more work we can do"

Williams said the improvements rolled out last month were "brilliant" but added that "there's more work we can do on the images."

Even with the recent code changes, Dezeen's carbon footprint is substantial. With around 10 million page loads per month, the site emits around 70 tonnes of CO2 each month. 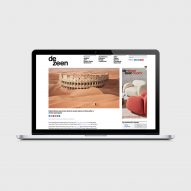 To offset this, last month Dezeen paid for the removal of 1,000 tonnes of atmospheric carbon via nori.com.

Dezeen hopes to make further improvements and lower its carbon footprint even further. But emissions from our website are only part of our footprint.

The energy used to power our readers' devices when they open our emails is significant, as is the power consumed by third-party services such as newsletter providers, social media platforms and ad servers.

We are working to understand these Scope 3 emissions and will we reduce or offset them as part of our journey towards net-zero.

Williams said that awareness of emissions caused by digital technology is growing fast.

The internet causes around 4 per cent of global emissions, putting it ahead of aviation, and is growing by around 5 per cent per year.

"I do feel that people are getting more conscious of it," he said, referring to the fact that the internet emits more greenhouse gases than the aviation industry. "People are starting to turn their heads a little bit."