The London Energy Transformation Initiative has published a report that sets out a blueprint for retrofitting UK homes in order to meet national climate change targets.

Launched by the London Energy Transformation Initiative (LETI) with the help of more than 100 leading architects, engineers and building experts, the Climate Emergency Retrofit Guide is intended to set out practical advice on getting existing domestic buildings to hit net-zero emission targets.

It identifies specific energy use targets for four types of existing homes – mid-terrace, semi-detached, detached and apartments – alongside steps on how to achieve them, such as through the installation of insulation and heat pumps.

Retrofitting houses is "critical" if the UK is going to hit its net-zero carbon target by 2050, LETI said.

Around 18 per cent of the UK's carbon dioxide emissions come from existing homes, according to the Climate Change Committee.

"Architects need to get a handle on this"

The Climate Emergency Retrofit Guide, launched a week before the COP26 climate conference in Glasgow, looks at practical ways in which architects can successfully retrofit buildings.

"Getting to grips with building physics is key to a successful retrofit," Antonia Khayatt, a consultant at the UK Green Building Council (UKGBC) who worked on the Climate Emergency Retrofit Guide, told Dezeen.

"We point out the connections between insulation, moisture and ventilation and provide further detail in the appendices.  Architects need to get a handle on this, which shouldn't be difficult, because they are inherently good at holistic thinking."

The world of architecture has long glamourized new build over retrofit, Khayatt said, but added this is now "certainly changing".

Most architects work in small practices improving people’s homes, putting them in a strong position to help with retrofit, she added.

The LETI report estimates that four in five of the homes that will make up the UK's housing stock by 2050 are already built, meaning more than a million will need to be retrofitted every year over the next three decades. 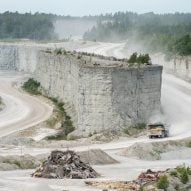 The free-to-access Climate Emergency Retrofit Guide targets a 60 to 70 per cent reduction in total energy consumption for the average UK home, which LETI said has been identified in light of what measures experts believe are realistically achievable considering the country's current housing stock, renewable energy production and grid capacity.

It also lays out the potential risks associated with poor retrofit, such as damage to building fabric potentially leading to problems like damp and mould.

"It can also reduce the demand on and costs to the UK's energy infrastructure.  This guide explains these issues and shows how taking the LETI approach to retrofit will help us enjoy these broader benefits."

LETI advocates a "whole-house" approach to retrofit – where a comprehensive plan for decarbonising a dwelling is developed starting with the building fabric – and "a shift from fossil fuels to electricity for heating and hot water."

Part of the guide's purpose is to address what LETI called the "retrofit skills gap" in the UK construction industry, which the group warned could cause the UK to miss its climate targets if left unchecked.

Among the organisations to have endorsed the retrofit guide are the Royal Institute of British Architects (RIBA), Architects Declare, the Architects Climate Action Network, the UKGBC and the Chartered Institution of Building Service Engineers.

"We need to improve the UK's homes fast and LETI's excellent guide shows us how we can do that," said Alex Tait, head of technical practice at the RIBA.

"Their clear targets and straightforward guidance shine a light on how we must retrofit our homes." 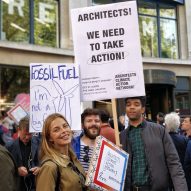 The guide, which had been downloaded more than 1,500 times a day after it was published, took input from several leading architect studios and engineering practices including Levitt Bernstein, Haworth Tompkins, Woods Bagot, BDP, Arup and Max Fordham.

LETI, a network of more than 1,000 professionals in the built environment working together to help the UK reach net-zero, has announced it will also publish a separate retrofit guide for non-domestic buildings.

In January 2020, it published the Climate Emergency Design Guide, which set out requirements for new buildings to ensure climate targets are achieved and has been downloaded more than 60,000 times across over 100 different countries.

The COP26 climate conference takes place in Glasgow in November and will feature an official day dedicated to the built environment.

The UK government released its strategy for the country to hit net-zero carbon by 2050 earlier this week.