More than 200 built environment organisations have endorsed a report by RIBA and Architects Declare setting out ways to decarbonise the industry, although leading UK architecture studios including Foster + Partners and Zaha Hadid Architects are yet to join the signatories.

Industry body the Royal Institute of British Architects (RIBA) and pressure group Architects Declare presented the report, titled Built for the Environment, to policymakers at the COP26 climate conference on Tuesday.

The 80-page paper calls on governments to overhaul building codes to better regulate buildings' energy performance and to include targets relating to the built environment in their climate pledges, known as Nationally Determined Contributions.

It also compiles evidence about the building industry's impact on the environment and calls on the sector to take a more proactive approach to sustainability.

Some 220 built environment organisations have endorsed the report, but only five of the 20 largest practices operating in the UK are on the list of signatories published on the RIBA website.

Leading studios "not aware" of report

However, numerous studios claimed they were never asked to endorse the report. Foster + Partners and Zaha Hadid Architects, the UK's largest and third-largest UK studios respectively, both told Dezeen they were not contacted about the report.

Zaha Hadid Architects said its low carbon group and sustainability team will now "be reviewing the report". Dezeen contacted Foster + Partners but had not received a reply at the time of publication. 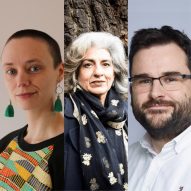 Stride Treglown, which last week installed a sculpture of a sinking house on the River Avon to draw attention to climate change ahead of COP26, also said it was not aware of the report.

"It's not that we don't endorse the report, we do and would be keen to have our name added to the list of endorsers if there was an opportunity to do so," a spokesperson for the studio said.

"We've just been focused on our mission to action change, highlighted by our Sinking House project which we hope sends a clear message about the need for action."

Other top architecture studios BDP, Allies and Morrison and Sheppard Robson all told Dezeen that they support the Built for the Environment report and will be seeking to get their names added to the list of endorsers.

"The Built for Environment report is an excellent resource – a compelling primer outlining the contribution of the built environment to the climate crisis, and the potential it holds to address it," said James Woodall, head of sustainability at Allies and Morrison.

RIBA insisted that all its members were informed about the report and invited to endorse it before publication.

However, the organisation confirmed to Dezeen that it has re-opened endorsements until 30 November 2021 "following further positive interest". 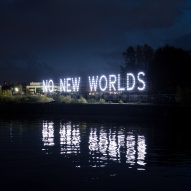 "Hundreds of built environment companies are collectively urging governments to increase their ambition and commitment to tackling the climate and biodiversity emergencies," said report editor Maria Smith, who is also a RIBA councillor and director at engineering firm Buro Happold.

"From monitoring and regulating embodied carbon, to reporting and targeting emissions reductions on a consumption-basis, this report aims to give confidence to all inside and outside the built environment that a better world is possible."

Among the report's other recommendations are calls for building regulations to set minimum standards on embodied carbon and the reuse of materials.

In July, Dezeen reported that less than six per cent of UK architecture firms had signed up to the RIBA's 2030 Climate Challenge, which urges studios to achieving net-zero carbon emissions from buildings they design by the end of the decade.

At the time, Foster + Partners said signing up would be "confusing" as it already had its own sustainability manifesto launched in 2019, while Zaha Hadid Architects said: "We would not make any public commitment without being certain it's not only something we believe in but also something we are able to deliver."

Architects Declare was founded in 2019 by an initial group of 17 architecture studios, including Foster + Partners and Zaha Hadid Architects, and now has more than 1,000 signatories in the UK.

COP26 takes place at SEC Centre in Glasgow from 1 to 12 November 2021. See Dezeen Events Guide for all the latest information you need to know to attend the event, as well as a list of other architecture and design events taking place around the world.