World leaders from 175 countries have agreed to draw up a legally binding UN treaty that will regulate plastic production and pollution on an international scale for the first time.

Passed at the UN Environment Assembly in Nairobi, Kenya, using a recycled plastic gavel, the resolution will see nations hash out a set of universal rules and targets to end plastic waste "from source to sea" – much like the Paris Agreement did for carbon emissions.

"This is the most significant environmental multilateral deal since the Paris accord," said Inger Andersen, director of the UN Environment Programme (UNEP).

"It is an insurance policy for this generation and future ones, so they may live with plastic and not be doomed by it."

"In the midst of all the grimness that we're seeing in the world, it's really such great news."

To date, the world has generated more than seven billion tonnes of plastic waste. Of this, only nine per cent has been recycled.

Another 12 per cent has been incinerated, releasing the fossil fuels it contains into the atmosphere and contributing to global warming.

But the vast majority, around 79 per cent of all the plastic ever produced, is currently piling up in landfills and polluting the environment, harming marine life and breaking down into microplastics that have found their way into everything from Arctic ice to the placenta of unborn babies.

And this problem is only set to get worse as plastic pollution is on course to triple by 2040.

How exactly the UNEP treaty, which the organisation says marks a "historic day in the campaign to beat plastic pollution," will tackle these issues is set to be nailed down by a dedicated Intergovernmental Negotiating Committee over the next two years. The aim is to produce a draft by the end of 2024. 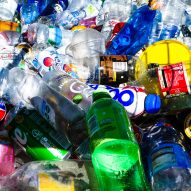 But the resolution agreed at the UN Environment Assembly already mandates that the final agreement will need to regulate not just waste collection and recycling, but also the design and production of plastics in order to minimise the pollution caused at every stage of the lifecycle.

This whole-life approach was supported by a number of companies including Coca-Cola, PepsiCo, Nestlé and Unilever, which surveys have regularly found to be the world's worst plastic polluters.

But major chemical and plastics manufacturers lobbied against the resolution and advocated instead for an alternative proposal from the government of Japan, which would have focused solely on tackling plastic waste in oceans without restricting production.

"Receiving the recognition that this problem needs to be addressed across the whole plastics value chain is a victory for groups and communities who have been confronting the plastic industry's transgressions and false narratives for years," said Von Hernandez, global coordinator of the Break Free From Plastic initiative.

"I'm personally so happy to see that we don't just have a treaty that focuses downstream," Ellen MacArthur Foundation's Strat agreed.

"After all these years of work, the fact that we're seeing specific attention given to product and packaging design and how we can design out waste from the beginning is really massive."

For the first time, the resolution also formally recognises the crucial role that waste pickers play in the plastics economy through the collection, sorting and recycling of waste.

"To be honest, that they're even included in the conversation is a big step," Strat said. "It means they will have a voice at the table with the other stakeholders, with the policymakers and the businesses."

The only other global treaty introduced to tackle plastic pollution to date focused solely on limiting the amount of waste that can be dumped on developing countries.

A number of nations including the UK, Kenya and India, as well as the EU, have already started individually regulating single-use plastic items. But Strat says a new, global treaty will ensure "everyone sings from the same hymn sheet".

"Plastic pollution doesn't care about borders," she said. "So you can be a perfect country with a perfect plan to tackle plastic pollution but still be open the waste from another country because it's all connected."

The top image by Heiko Prigge shows the Spoon Archaeology exhibition at the 2021 London Design Biennale.