The Zaha Hadid Foundation has revealed plans to open a permanent gallery and study centre in London, six years after the death of its founder.

Planned across two separate locations, the facilities will be dedicated to the work and legacy of the Iraqi-British architect Zaha Hadid, who established the charity in 2013.

One of the venues slated for use is the former Design Museum at Shad Thames. The second is the old office of Zaha Hadid Architects in Clerkenwell.

The announcement by the Zaha Hadid Foundation (ZHF) comes six years after the sudden death of Hadid at the age of 65.

According to the foundation, her untimely death led to a delay in creating the charity's permanent space. It now plans to create a gallery and museum, alongside offices, a study centre and a research facility.

While the details of their design and construction are yet to be revealed, the foundation stated that it will  "carry out [Hadid's] intended vision".

ZHF also revealed that as part of the project, 10,000 works by or related to Hadid will be made publicly accessible, both physically and digitally. 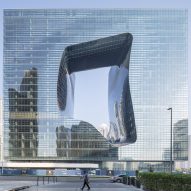 Hadid established the ZHF charity in 2013. Today it is headed up by art historian Paul Greenhalgh.

It exists to preserve and showcase the work of Hadid and support the advancement and enjoyment of modern architecture, art and design. It also champions upcoming creative talent "from diverse and complex backgrounds" in reflection of Hadid's own career path.

Support to be given to students with "complex backgrounds"

"Zaha Hadid was an Iraqi woman, and an émigré who moved first to Lebanon before making London her permanent home," ZHF explained.

"Her rise to global prominence was by no means an easy one," it continued. "In this spirit, ZHF will actively support young people and students from diverse and complex backgrounds in their quest to become architects, designers and scholars." 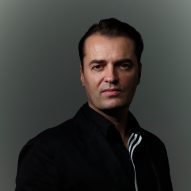 Hadid founded her eponymous studio in 1980. Among her many accolades were the Pritzker Prize, which she was awarded in 2004, and the Stirling Prize, which she won in 2010 for the MAXXI Museum in Rome and in 2011 for the Evelyn Grace Academy in London.

In December 2021, her studio announced it had become employee-owned to establish a "more accessible and egalitarian" profession.

While Hadid's death caused delays in establishing a permanent home for the ZHF, plans could also have been hampered by a four-year-long dispute between the four executors of her estate – Rana Hadid, Patrik Schumacher, Peter Palumbo and Brian Clarke.

The portrait of Hadid is by Mary McCartney.