Digital police have arrested dozens of avatars who rampaged at a party in the metaverse, causing damage to NFT objects worth billions of dollars.

Officers dressed in virtual riot gear stormed a private view at a cyberspace art gallery after neighbours complained about noise and antisocial behaviour.

Around 30 avatars were led away in blockchains in what is thought to be the first e-police raid in the parallel digital world known as the metaverse.

Damaged NFTs could be worth "even more money"

Priceless NFT items including artworks, sculptures, furniture and snacks were destroyed, stolen or eaten, according to gallery owner Paril Lofo.

"It's heartbreaking," said Lofo in a video call with Dezeen. "But I'm confident I can resell the broken items for even more money as they now have even greater notoriety!"

The group of uninvited avatars managed to gain access to the exclusive event by correctly guessing the password, Lofo said.

The pixellated trespassers started making derogatory comments about the artworks on display, describing them as "rubbish" and "a waste of money".

It is understood that the intruders were avatars representing real-world artists and designers who are angry at the fact that NFT objects are selling for higher prices than their physical creations.

One NFT designer described them as "cyberluddites" and added that smart artists were relocating to the digital realm. "The real world is screwed. Climate change and ecological breakdown don't exist in the metaverse. See ya suckers!" 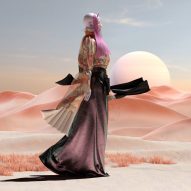 Fighting broke out when a wealthy collector mistook the 8-bit interlopers for a kinetic art installation and tried to buy them for $500 million.

"It was meta," said one invitee, who did not wish to be named. "A few minutes after the first punch the portal flew open and dozens of police officers uploaded themselves. Luckily, I managed to press escape just in time."

Several attendees later reported a loss of resolution, wiped memories and increased latency, claiming that police had exceeded their bandwidth during the raid. A pair of digital twins were separated during the confusion.

Witnesses said the metaverse itself suffered "extensive damage" when police, who had been on their way to a virtual firing range for a shoot-em-up awayday when they were called to the gallery, tried to break up the fight by opening fire with shoulder-mounted rocket launchers.

The fusillade tore holes in the fabric of the virtual universe, creating a wormhole between the gallery and an online multiplayer war game. 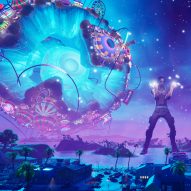 Hundreds of heavily armed characters fell through the void and continued their battle in front of shocked art lovers, causing further damage.

Several attendees lost their lives but were able to reboot themselves by turning their computers off and on again.

The arrested avatars were later freed when, due to the plunging value of cryptocurrencies, their friends were easily able to raise their bail money.

As Dezeen went to press, engineers were attempting to fix the rips in the metaverse with cyberglue.