High-density, low-rise urban housing is the key to accommodating another three billion people over the next 80 years without costing the Earth, writes architect and urbanist Vishaan Chakrabarti.

By the year 2100 there will be 11 billion people on the planet, according to the United Nations – three billion more than there are today. You might rightfully ask how we can house an additional three billion people when nations around the globe are struggling to provide adequate accommodation for those in need today.

Meanwhile, the world is already experiencing the extreme impacts of anthropogenic climate change, as well as an omnipresent energy crisis fuelled by the war in Ukraine.

A surging population risks putting an even greater strain on the environment and comes with even more demand for energy. No one, particularly not in the West, has the right to wish these newcomers away or deny them the housing, mobility, technology, food, and yes, the energy, they will need to live their lives.

How can our housing needs be part of the solution rather than part of the problem? How can we use today's technologies to design new housing that is not only sustainable, not only low in embodied energy, but also truly carbon negative?

To house our existing and future population affordably and with dignity we need to build over 2.4 trillion square feet globally, which is the equivalent of adding one New York City to the planet every month for the next 40 years.

We can conserve where we can, such as by adaptively reusing some of our existing building stock, particularly older office buildings made obsolete by the pandemic. But this alone won't make a dent in our impending housing needs – we must build, and we must build better.

I for one am tired of hearing about solutions that don't have a chance of widespread, affordable, global adoption for decades, even the great technology of mass-timber skyscrapers made from carbon-sinking, environmentally friendly and fire-retardant wood. 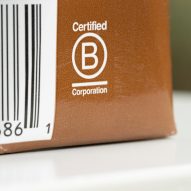 I love a good skyscraper, but we simply don't have the technology today to build carbon negative towers.

We're also decades away from realising clean grids in our existing cities, where most global population growth will occur, because of challenges ranging from inefficient transmission lines to the fossil fuel lobby's chokehold on our governments.

The tyranny of today's challenges demands a widely attainable answer now. We cannot wait until 2050.

The answer is hiding in plain sight: a "Goldilocks" type of high-density, low-rise urban housing that sits between the scale of sprawling single-family houses and large-scale towers, advocated by many architects and urbanists for decades.

From the hutongs of Beijing to the rowhouses of Boston, this scale of housing has created some of our most beloved urban neighbourhoods.

If adopted en masse, it would enable us to house everyone while drastically reducing the emissions impact of our homes.

Importantly, at two to three stories – but no higher – under the international building code this low-rise housing is required to have only one communal stair if wheelchair accessible units are provided at grade.

That allows for less concrete, lower building costs, and more community connection by dispensing with elevators and the banal experience of double-loaded corridors, while small shops and workspaces can also occupy the ground floor.

It is also, based on research my own studio conducted alongside engineering firm Thornton Tomasetti, the maximum scale possible for carbon negativity with today's technology.

In most sunny climates, which is where we anticipate the most population growth, this Goldilocks prototype hits the sweet spot between the number of residents it can house and the amount of roof area needed for enough solar panels to supply more energy than these residents need.

Solar panels, which are decreasing in cost while gaining in efficiency, could also be supplemented with existing state-of-the-art battery systems that level out solar supply and user demand to provide a constant energy source.

Because of its structural simplicity, Goldilocks housing can be built by local workers in accordance with local climates

Air conditioning and heating can be provided through electric pumps that are readily available today. These can create thermal storage by producing ice or hot water off-peak for use on-peak, enough at the Goldilocks scale to offset their energy use.

Additional sustainability measures, such as systems to compost food scraps and solid waste, can also be implemented with today's technologies and can be self-contained within Goldilocks housing unlike in large towers where much more space is required.

Because of its structural simplicity, Goldilocks housing can be built by local workers in accordance with local climates and customs out of simple local materials, like wood or brick, both of which have relatively low embodied carbon compared to concrete and steel.

We need not fear new neighbours

Goldilocks housing could finally provide affordable, communal, equitable housing for communities in dire need of it.

Architects can work with communities to make this low-rise housing appealing, visually and socially, integrating it into the lives of existing neighbourhoods.

When woven into the fabric of our cities, the Goldilocks scale is dense enough, at almost 50 units per acre, to support mass transit, biking, and walkability, connecting people with jobs, schools, parks and other daily destinations in an environmentally friendly way.

This isn't rocket science. It is advocacy for simple, small-scale housing with solar panels above, transit below, known technologies throughout, all organised into affordable green, mixed-use neighbourhoods. 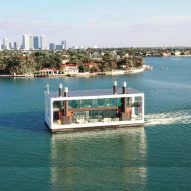 If the entire world lived at this scale, all 11 billion of us in 2100 would occupy a land mass equivalent to the size of France, leaving the rest of the world for nature, farming and clean oceans.

According to the International Energy Agency, the Goldilocks model offsets so much carbon that it would effectively cancel out the emissions of every car in the world if we all lived this way. The impact would be staggering.

We need not fear new neighbours. We can accommodate 11 billion people without being beholden to autocrats and fossil fuel companies who continually threaten our collective existence.

Vishaan Chakrabarti is an architect, urbanist, and author focused on cities and sustainability. He is the founder and creative director of global architecture studio Practice for Architecture and Urbanism. He served as director of planning for Manhattan under former New York City mayor Mike Bloomberg, working on the rebuilding of the World Trade Center and the preservation of the High Line. He has presented multiple TED Talks, with the most recent on Goldilocks-scale housing.