Prince William has announced the five winning projects of this year's Earthshot Prize, founded by the royal together with British wildlife presenter David Attenborough to find solutions to "repair our planet".

The Earthshot Prize winners each received a £1 million grant to scale their projects, with each tackling a different topic from regenerating nature and fighting climate change to eliminating pollution – whether at sea, on land or in the air – based loosely on the United Nations' sustainable development goals.

Among this year's winning projects is Notpla – a plastic packaging alternative that is made from seaweed, making it not just biodegradable but also edible – and an affordable flat-pack greenhouse by Indian start-up Kheyti.

This so-called "greenhouse-in-a-box" can help small-scale farmers, whose harvests have been affected by climate change, to produce seven-times higher yields using 98 per cent less water, the company claims. At the same time, the modular structure is 90 per cent cheaper than a standard greenhouse, combining a simple shading cloth with a drip irrigation system and netting on all sides to ward off pests.

Omani company 44.01 took home another of the competition's top prizes for its development of a carbon storage system that takes excess carbon dioxide from the air and reportedly sequesters it "forever" by turning it into rocks.

This involves sourcing the atmospheric CO2 from direct air capture (DAC) companies such as Climeworks, dissolving it in water and injecting it into formations of a rock called peridotite, which is abundant in Oman.

Over the span of a year, the peridotite mineralises this carbon dioxide and turns it into solid rock in a natural process known as mineral carbonation, which normally takes thousands or even millions of years.

44.01 is among a growing cohort of companies developing technologies to accelerate this process, which is being billed as a solution for carbon storage that is stable and permanent, and thus does not require long-term monitoring.

"We have found a natural process that removes carbon and we've accelerated it," explained founder Talal Hasan. "We believe this process is replicable globally and can play a key role in helping our planet to heal." 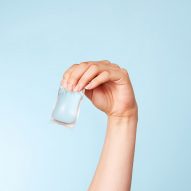 Notpla is a biodegradable material designed "to make packaging disappear"

Also among this year's Earthshot Prize-winning projects is a stove developed by a women-run company in Kenya that runs on processed biomass instead of straight charcoal.

As a result, Mukuru Clean Stoves produce 70 per cent less air pollution than the traditional charcoal cookstoves currently used by around 700 million people across Africa.

The Queensland Indigenous Women Rangers Network received this year's final accolade for its work in protecting Australia's Great Barrier Reef by making use of "60,000 years of Indigenous knowledge" combined with modern, digital technologies such as drones.

The winning projects for the Earthshot Prize, which says it was "designed to find and grow the solutions that will repair our planet" were announced during a high-profile ceremony in Boston's MGM Music Hall. This was broadcast by the BBC and presented by the Prince and Princess of Wales alongside celebrities including singer Ellie Goulding and footballer David Beckham.

"I believe that the Earthshot solutions you have seen this evening prove we can overcome our planet's greatest challenges," Prince William said. "And by supporting and scaling them we can change our future."

"Alongside tonight's winners and finalists, and those to be discovered over the years to come, it's my hope the Earthshot legacy will continue to grow, helping our communities and our planet to thrive."

The ceremony received criticism from some viewers, as celebrity presenters and performers were flown into Boston to attend the event while the awards' actual recipients accepted their awards virtually to save travel emissions.

Similarly, Beckham was called a "hypocrite" for his involvement in the event due to his ambassadorship of the Qatar World Cup, which has recently come under fire for its "disingenuous" carbon neutrality claims as the event looks to be on track to emit more CO2 than any other sporting event in recent history.

The Earthshot Prize was awarded for the first time ever last year, with winners including a restorative ecosystem scheme in Costa Rica and a tool that creates fuel from waste. The prize is set to run annually for the next eight years, during what has been dubbed the "decisive decade" for climate change action.