Electronics company Sony has unveiled an adaptable PlayStation controller named Project Leonardo that allows gamers with limited motor control to "craft their own play experience", as its first foray into accessible gaming equipment.

Although currently still in development, the PlayStation 5 (PS5) controller was unveiled at the 2023 Consumer Electronics Show (CES) in Las Vegas last week and allows both its hardware and software to be freely customised by the user.

The controller consists of a circular gamepad that was designed to lay flat on a table or wheelchair tray, which is equipped with eight interchangeable buttons plus a joystick that can be rotated around this central module.

The controller also comes with a kit of swappable components, allowing the shape, size and positioning of both the buttons and the joystick to be adapted to the personal needs and preferences of the user.

This is crucial for gamers with physical disabilities, who can struggle with holding controllers for extended periods of time while accurately pressing their small clusters of buttons and triggers.

"It's a true canvas that enables many gamers with disabilities to craft their own play experience," agreed the company's president Jim Ryan, who introduced Project Leonardo in a presentation at CES.

The controller's software is equally adaptable, allowing gamers to program multiple buttons with the same function, the same button with multiple functions or their preferred north orientation for the joystick.

These settings can be stored in distinct button control profiles, with users able to switch between up to three profiles per console.

"You'll be able to layer different buttons," explained accessibility consultant Paul Phillips, who was among a number of representatives of the disabled community to trial the Project Leonardo prototypes.

"The main thing I really liked was the way you could bridge over two buttons. So when you needed to press two buttons at the same time, it was just one." 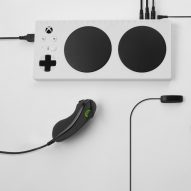 Via its 3.5-millimetre aux ports, the Project Leonardo controller can be paired with up to four add-on accessories such as switches and analogue sticks produced by other accessible gaming companies.

It can also be used with a second Project Leonardo controller and one of the PS5's wireless DualSense controllers, with all three able to act together as a single device.

This allows gamers to mix and match their controllers for different gameplays, as well as allowing friends and family to provide assistance in controlling the same avatar.

Gamers and charities such as AbleGamers, Stack Up and SpecialEffect were asked to provide feedback at every stage of the project's design process.

"Our team tested over a dozen designs with accessibility experts, looking for approaches that would help address key challenges to effective controller use," said Sony Interactive Entertainment designer So Morimoto.

"We finally settled on a 'split controller' design that allows near free-form left-right thumbstick repositionability."

"Really, this new controller is a toolbox," added Dave Crouse, programme director of the Stack Up charity, which rehabilitates army veterans through gaming.

"For some folks, it means being able to play a game comfortably. For others, it dictates whether that game is going to be able to be played and enjoyed at all."

"I can't wait to see what the community's going to do with this once they get their hands on it," he added. 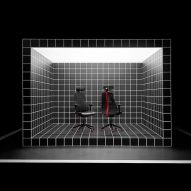 PlayStation is currently gathering feedback on the controller, meaning no release date or price has been set to date. The company's announcement comes nearly five years after Microsoft released the Adaptive Controller for its Xbox console.

This offers many of the same features as Project Leonardo but comes with only two integrated buttons, meaning the remaining functions need to be serviced by external add-ons.

Since releasing the controller, Microsoft has also redesigned its computer accessories and Xbox packaging to make them more user-friendly for people with disabilities.

CES 2023 took place in Las Vegas from 5 to 8 January 2023. See Dezeen Events Guide for an up-to-date list of architecture and design events taking place around the world.