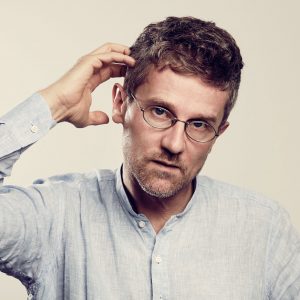 Ratti, named as one of the Names You Need To Know by Forbes in 2011, graduated from the Politecnico di Torino and the École Nationale des Ponts et Chaussées in Paris and obtained his MPhil and PhD at the University of Cambridge in England a few years later.

Based in Torino, Ratti’s design and innovation practice Carlo Ratti Associati embraces every scale of intervention and merges cutting-edge digital technologies with design to contribute to the rise of architecture that senses and responds. Major projects include the on-going Singapore tower with trees bursting through its facade, Anas Smart Road and the The Garden of the Four Seasons in Milan.

Carlo Ratti was named as one of the 50 Most Influential Designers in America by Fast Company and his practice was named in the top 300 most newsworthy forces in global architecture and design in the 2017 Dezeen Hot List.