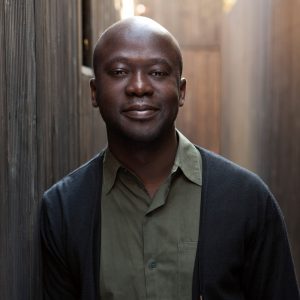 British architect David Adjaye is the founder and principal of Adjaye Associates.

Based in London, Adjaye was born in Tanzania to Ghanaian parents. He became Sir David Adjaye in 2017 when he was knighted by the Queen, and was recognised by TIME magazine as one of the 100 most influential people of the year.

His $540 million Smithsonian Institute National Museum of African American History and Culture, which opened its doors to the public on the National Mall in Washington DC in autumn 2016, is his largest project to date. The inauguration was named Cultural Event of the Year by the New York Times.

Adjaye was ranked the 13th most newsworthy person in architecture and design in the 2017 Dezeen Hot List.