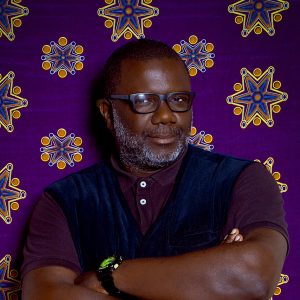 Seck joined French automobile company Renault after graduating from the Ecole Supérieure du Design Industriel in 1990 with a Master’s degree in industrial design. Whilst at Renault, where he was lead designer for 12 years, Seck led the interior design teams for a number of vehicles including the Scenic I and Trafic models, which were both named the car of the year by the European trade press.

In 2003 Seck moved to New York, where he set up design studio Birsel + Seck with partner Ayse Birsel in 2014. There he uses his background leading automotive design to see projects through from the development stages to engineering and prototyping. The product design studio has won multiple awards and worked with global clients including Target, Herman Miller and Office Max.

Seck hopes to promote design within West Africa and has collaborated with IKEA to create an African design collection. He designed a collection titled M’Afrique for Italian brand Moroso, alongside partner Birsel and in close collaboration with local craftspeople in Dakar.

The designer also frequently talks at worldwide events including the Dakar Biennale of Art and Design and the Indaba Design Conference. Seck has taught at universities including the Pratt Institute, Université Technologique de Compiegne and Strate Collége School of Design and Management.