Swedish furniture giant IKEA has announced that it will work alongside Cape Town organisation Design Indaba to produce its first collection made completely by African designers.

The collaboration will see "pan-continental" designers, architects and other creatives from South Africa, Kenya, Senegal, Egypt, Angola, Ivory Coast and Rwanda come together to produce a series of domestic objects.

Each designer will work alongside IKEA's in-house team during the Design Indaba conference in Cape Town this March, with an aim to launch a collection in 2019.

"It's affirming for the world's biggest furniture and homeware store to partner with Design Indaba to curate their first African collection, and we have learnt so much from the collaboration to date – the designers and ourselves," said Ravi Naidoo, founder of Design Indaba.

"They look towards democratising design, and are happy to be infiltrated by external ideas," he continued. "Now, it will be also inspired by urban Africa, and our intrepid pan-continental group of reformers, thinkers, makers and activists."

The furniture and homeware collection will focus on "modern rituals and the importance they play in the home", according to Naidoo. 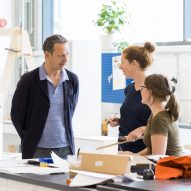 "The creative explosion which is taking place in several cities around Africa right now is something IKEA is curious about," said IKEA design manager Marcus Engman.

"We want to learn from this and spread it to the rest of the world. Working together with these designers and creatives gives us the opportunity to do so."

This is the latest collaboration to be announced by the Swedish furniture giant. Towards the end of last year, Tom Dixon revealed he is developing a product with an "ecosystem" of add-ons for IKEA, while Hay teased its 2017 collaborative collection with an abstract movie.

The annual Design Indaba Conference of Creativity is set to take place at Cape Town's Artscape Theatre from 1 to 3 March 2017. 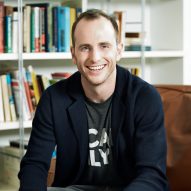