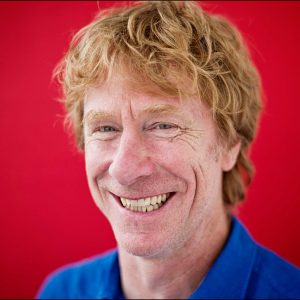 British architect Ivan Harbour was made partner at Rogers Stirk Harbour + Partners in 2011, after working for the company for more than 20 years. The practice, who have an additional office in Shanghai, have recently completed a civic building with an undulating roof in Hong Kong and New York's fifth-tallest skyscraper.

Starting as part of the team on the Lloyd's of London project, Harbour proceeded to lead the design for the European Court of Human Rights in 1989. Projects led by the architect have been recognised by the RIBA's prestigious Stirling Prize twice – Madrid's Terminal 4 Barajas Airport in 2006 and Maggie's West London three years later. RSHP's recently-constructed trio of skyscrapers on Sydney's Barangaroo waterfront is Australia's first carbon neutral and WELL platinum-rated scheme.

Harbour is currently leading various worldwide projects, from a new academic building for the London School of Economics, a mixed-use development in Monte Carlo and an additional terminal for Taiwan's largest airport.