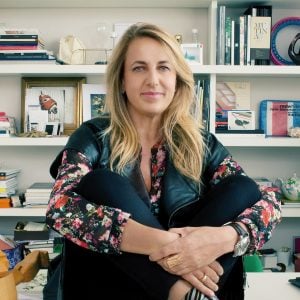 Spanish-born Urquiola studied design and architecture in Madrid before finishing her degree in Italy at Politecnico di Milano. She worked for fellow graduate Achille Castiglioni and designers Eugenio Bettinelli, Vico Magistretti before becoming head of design at Lissoni Associati. Urquiola then opened her own multidisciplinary studio in 2001.

Her work can be seen in museums worldwide including MoMA, the Musée des Arts Decoratifs, Vitra Design Museum, Design Museum and V&A. In 2016 the Philadelphia Museum of Art celebrated the designer's work with a retrospective exhibition.

Urquiola lectures at universities worldwide including the Royal College of Arts, Bocconi University, Instituto Marangoni, Harvard University, Domus Academy and Politecnico di Milano where she is also an member of the advisory board.

She is a recipient of the Gold Medal of the Arts and the Order of Isabel the Catholic, which was presented to her by the King of Spain Juan Carlos I. Urquiola was the ambassador for the Milan Expo 2015 and has been named designer of the year and designer of the decade by multiple publications.