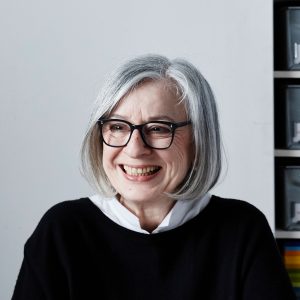 The Turkish-born designer has developed several working environments for international brands, designing offices for Deloitte, Kvadrat, Microsoft and Sony, as well as the Artek Helsinki headquarters. She has a longstanding relationship with Swiss brand Vitra, developing and exploring the future of workspace design. In 2018, she curated and designed Vitra’s Shared Office at the Orgatec office furniture fair.

Peach has collaborated with renowned architects on a series of worldwide projects including Sergison Bates, David Chipperfield and Herzog & de Meuron on the Tate Modern extension. She has recently completed projects for Novartis and Swiss Re in collaboration with Diener & Diener Architekten.

Peach contributes to workshops and conferences at a range of institutions and universities such as the Bauhaus, Worktech, Designmai and Mind the Gap Conference, as well as running summer workshops at the Vitra Design Museum. She received the lifetime achievement award from Frame magazine in 2018.