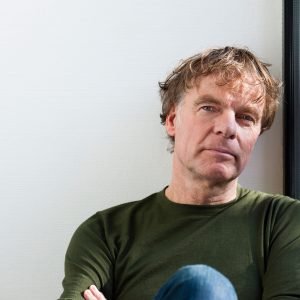 Maas founded MVRDV in 1993 with Jacob van Rijs and Nathalie de Vries. The studio has won multiple international awards for projects such as the Spijkenisse Library, the Dutch Pavilion at Expo 2000 in Hannover, the Crystal Houses in Amsterdam, and Markthal in Rotterdam.

The architect is also an urban planner and has created future visions for Paris, Bordeaux and Oslo and in 2017 he became the supervisor of the city of Eindhoven. He is the founder of The Why Factory, a research institution that explores the future of cities and displayed work at Venice Architecture Biennale in 2012.

Maas has taught at multiple universities worldwide including Architectural Association, Massachusetts Institute of Technology, Yale University, Columbia University and TU in Delft, where he is currently a professor of urbanism and architecture. He has received multiple honours including the Order of the Netherlands Lion, Chevalier de la Légion d'honneur in France and is an honorary fellow of the architecture associations of Scotland, UK and USA.

Maas is the 2019 guest editor-in-chief for Italian magazine Domus.