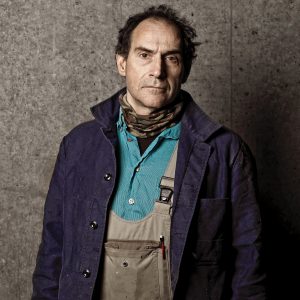 Since founding Atelier van Lieshout in 1995, the artist has produced work that exists on the border between art, design and architecture.

Lieshout investigates the thin line between art and mass-produced objects and between fantasy and function. His work often shares a recurring theme or motive, such as power, life, sex or death.

The multidisciplinary practice's projects include the Liberty Lounger chair for furniture brand Moooi and The Good, The Bad and The Ugly installation, which displayed at Paris' Centre Pompidou after it was deemed too lewd to be displayed at the Louvre.

His work has also been exhibited at New York’s Museum of Modern Art, London's Design Museum and Stedelijk Museum Amsterdam.