Roozenburg has combined 3D scanning and printing with ceramic making techniques to create copies of fragile tea sets and other museum pieces.

Augmented reality markers are added to the objects, which, when read by a device like a smartphone or tablet, present information about the original artefact.

The combination of technologies will allow museum visitors to both handle identical objects to those kept behind glass and learn more about their history. 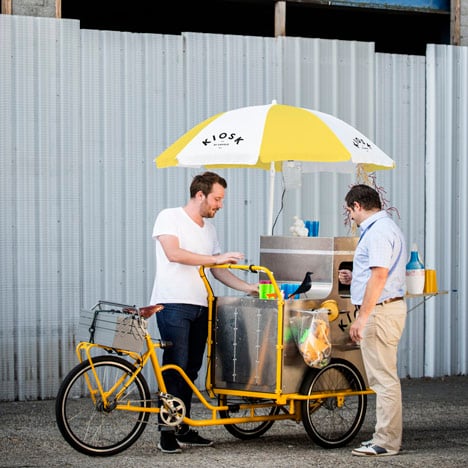 "I think most people would agree that visiting a museum to look at teacups exhibited in glass boxes is boring," said Roozenburg. "Utensils were made to be used, to be presented with life, and in a museum format they lose their main purpose and obviously their soul."

The first trial of the technique took place after months of negotiation. Roozenburg initially approached Harold E. Henkes, an octogenarian Dutchman who owned the Netherlands’ largest collection of ancient glass objects, asking to copy his collection and enhance it with augmented reality technology – but everything he owned was with the Museum Boijmans van Beuningen.

Working with Jouke Verlinden, an assistant professor in computer aided engineering at TU Delft, Roozenburg came up with the idea to lay the objects on a bed – like a patient in a hospital – and send the bed into a tomography scanner. This technique was secure enough for the museum to agree to let her handle objects from its collection, with the first project focusing on seven antique cups.

"It took me six months to convince the museum that this would be safe," explained Roozenburg. "I was terrified. They were terrified. I took out insurance for the first time."

"It was very stressful when we were starting out, but now I drive around with the cups in my boot, and everybody is much more relaxed about the safety," Roozenburg said.

The scanner was used to create a 3D computer models of the cups from sectional images. This data was then used to 3D-print replicas and moulds for casting porcelain.

The results were exhibited in the Boijmans van Beuningen last summer, to mixed response.

"It really was a new idea so the hurdle was encouraging museum visitors to get out their electronic devices and engage," Roozenburg said. "The reaction underscored just how passive a visit to the museum has become. People were just not used to it."

Roozenburg is now collaborating with creative agency LikeFriends, which specialises in information architecture, to improve the virtual reality interface.

"They are the ones who can really make the augmented reality component work better. I think it became more and more important to get this project out of the cultural sector if it was ever going to be really produced," said Roozenburg.

LikeFriends are working on bringing together illustration, animation, photography, sound effects and video projection in 2D and 3D layers to create a story for each object.

"How these cups were produced, how wealthy people drank tea and how pieces of the set came to be a part of the collections of museums as far apart as the Boijmans in Rotterdam, the V&A in London and the Idemitsu museum in Tokyo will be revealed," said Roozenburg.

"Some people may only want to drink tea from the cups and others will want to access the full story. People can go as far as they want.”

Roozenburg is also looking for a manufacturing partner in China, where some of the originals she first scanned originated from.Some of the Netherlands’ major institutions have already contacted Roozenburg to discuss how her ideas could work for them.

"Museums should be acting more like warehouses of objects and a point from which knowledge can spread," she said. "There are so many more ways to share information than just selling tickets to visitors."

Roozenburg is also looking for a manufacturing partner in China, where some of the originals she first scanned originated from.