Extending his range for Adidas, Rick Owens used the Springblade soles developed by the brand to improve running performance on the base of three new designs. 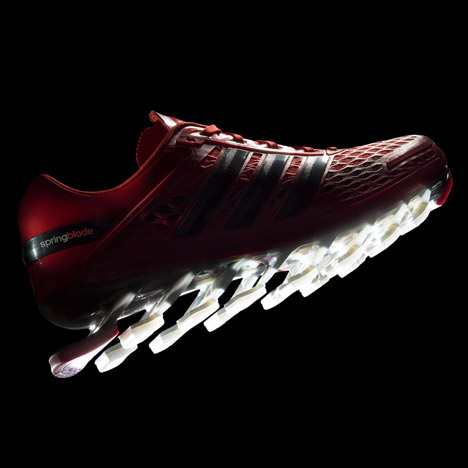 "With the upcoming season Rick Owens brings together his unmistakable design identity combining it with the highest level of innovation by using the adidas Springblade tooling," said a statement from Adidas.

The Blade High reworks a boxing boot silhouette with the running shoe sole and features an upper with covered lacing and Adidas' three stripes motif marked with perforations.

Also incorporating the springy soles and perforated lines, the Blade Runner trainers are designed to hug the foot like a sock with supportive side panelling.

The shell toe found on Adidas Superstar trainers is used on the front of the calf-high Superstar Boot, made from stretch leather.

Each of the three designs comes in combinations of cream, black and metallic grey.

The collection was presented during Paris Men's Fashion Week last month and the new designs are set to hit stores in January 2015.

The brand launched the world's first knitted football boot in March, while players at the FIFA World Cup in Brazil are currently wearing its patterned Battlepack boots.