Dezeen and MINI Frontiers: the advancement and proliferation of 3D-scanning technology means we will soon be able to explore a life-size digital replica of the real world, claims ScanLAB co-founder William Trossell.

"I imagine our city of the future will be in two ways – both a virtual and a real version," says Trossell, whose London studio ScanLAB specialises in providing 3D-scanning services.

While the company's digital scans are currently primarily viewed on a computer screen, Trossell says advances in virtual reality technology will lead to a much more interactive experience. 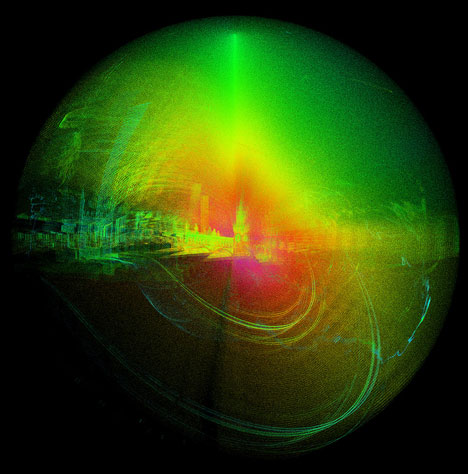 "The Oculus Rift [virtual reality headset] allows us to walk around that environment, almost immersing ourselves [in it]," he says. "The lines between [the digital and the real] will become increasingly blurred."

The key to creating accurate digital replicas of the real world lies in the resolution of the "point clouds" of data modern 3D scanners can capture.

"One of the machines we use to capture reality is a terrestrial laser scanner," Trossell explains. "It has an infrared laser on board and a series of mirrors and that's how it senses the world."

"The amazing thing is it's doing those measurements at about million times per second. So the [digital] model that it's able to produce, the 'point cloud' as we call it, is incredibly dense."

ScanLAB recently scanned an entire exhibition for London's Science Museum so that people could visit it digitally online, even after it had closed.

"The Science Museum closed a gallery to make way for a new one," Trossell says. "Part of our involvement was to make a record of that. Not only as a kind of archive but also as a way of keeping the gallery open digitally for all kinds of people across the web."

As well as creating a record of the real world, Trossell says he is also interested in exploring the aesthetics of 3D scanning.

"The point cloud is a new way for us to look at the world," he says. "It's effectively just lists of numbers. That's a really interesting medium and, much like photography of the 1800s, it's very much in its infancy."

"There's a certain kind of aesthetic that the point cloud has which is very alluring and we're interested in exploring that as a creative output for some of our work as well."

The company recently collaborated with fashion brand Vivienne Westwood to produce the first fashion shoot created with 3D laser scanners instead of cameras for an exhibition held in London in May. 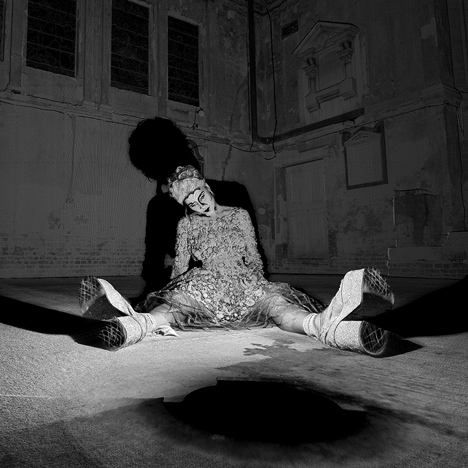 "We organised a day to do a photoshoot but used the laser scanner to shoot the models and the dresses instead of a traditional camera," Trossell explains. "We had an amazing time working out poses and how the scanner looked at not only the models but also the architecture and the environment within which the models were placed."

The music featured in the movie is a track by Zequals. You can listen to his music on Dezeen Music Project.