A graduate from the Bartlett School of Architecture has turned the iconic Barbican Estate in London into the setting for a proposed augmented-reality video game (+ movie).

Edward Mascarenhas created the game Barbecana during his studies with the Bartlett's Unit 24, which focused on using the moving image to create and understand architectural environments, under the theme "collision". 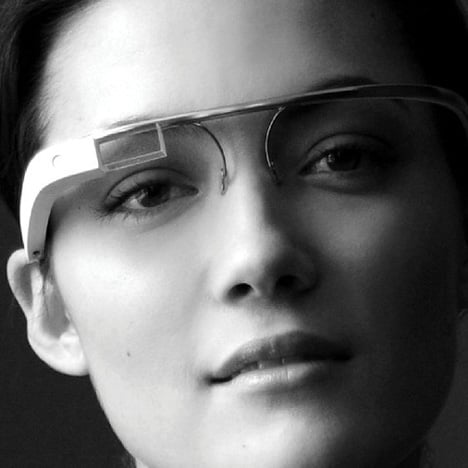 "The idea is that the phone disappears"

The project proposes creating a fully immersive video game environment that would be overlaid onto real buildings and spaces around the estate, using augmented-reality technology. This would allow multiple players to roam the real Barbican's elevated walkways and corridors to collect virtual architectural elements.

With the pieces they collect, the players would then compete to build bridges, battling to create the longest and tallest structures.

"The area directly surrounding the Barbican itself has these elevated walkways that are heavily underused for a central London location," Mascarenhas told Dezeen.

"It is a very unique space which is completely under-valued and is suited to be re-appropriated without physically transforming it."

"This is the essence of the project, the ability for augmented reality to be more then a simple graphical overlay, to speculate on how such technologies could be used to radically transform the atmosphere of the built environment without physically altering the space," he said.

As well as offering a fun experience, the game is designed as a commentary on the current relationship between design and construction in London, "highlighting the current games played by construction industries", said Mascarenhas.

He created a video mock-up of the game using 3D modelling programs Rhinoceros and 3DS Max. The computer generated environments were merged with real-life footage of the Barbican using the programme Boujou, with other visual effects produced using Adobe After Effects.

The full augmented-reality version of Barbecana is still just a concept, although Mascarenhas has developed a simplified version for a board game.

"A set of rules has been fully developed but the kit of parts used to play the game is only slightly developed," he said.

"The augmented reality technology needed to play does exist but is not developed enough to produce the same level of immersion seen in the video. Ideally the game would be developed further to include many more architectural packs to play with as well, so in a sense this is a proposal but also a playable proposal."

The project complemented Mascarenhas' written thesis, which examined the relationship between architecture and play.

"As well as studying the effects games like Grand Theft Auto V have on the discourse of a modern metropolis like Los Angeles, this took the form of a written parody of the famous Reyner Banham Loves LA, where Professor Reyner Banham acted out an edited cultural representative tour of the city," explained Mascarenhas.