News: ecommerce giant Amazon has selected an office building by Foster + Partners for central London as its new UK home.

Amazon is set to leave its current offices in Slough, which it has occupied for 16 years, to move into the £290 million Principal Place development on the edge of the City of London. 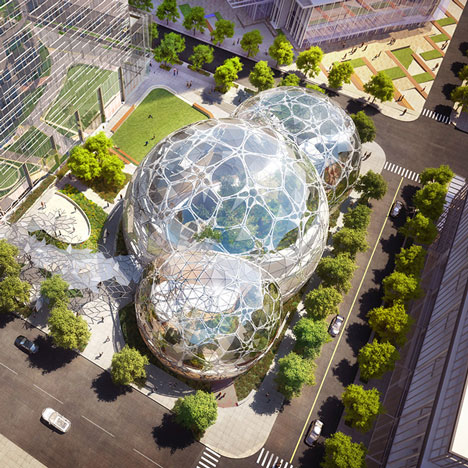 It includes a double-height lobby and two atriums that run the full height of the building, which steps down from 15 storeys at the front to nine storeys at the rear. Roof terraces on the top of both sections of the building include areas of greenery, outdoor dining space, a tennis court and a basketball court.

The Principal Place development was one of a number of major projects that went on hold in London during the financial crisis. In 2012, a company that had been lined up to occupy the new office building at the centre of the scheme pulled out and developer Hammerson sold the project to rival company Brookfield, which has secured Amazon as the new anchor tenant.

The project occupies a site between Liverpool Street and Shoreditch High Street stations in east London and includes a 50-storey residential tower. It will also house 1,800 square metres of retail and restaurant space and a large public plaza.

The online retailer has yet to decide whether the new building or its existing offices in nearby Farringdon will become its official headquarters.