News: Herzog & de Meuron's proposal for the first new skyscraper in Paris for over 40 years has been rejected by councillors in a controversial decision that has been declared invalid by the city's Socialist Party mayor.

Backed by Unibail-Rodamco, Europe's largest listed property developer, the Tour Triangle is proposed for the Porte de Versailles neighbourhood, in the 15th arrondissement. 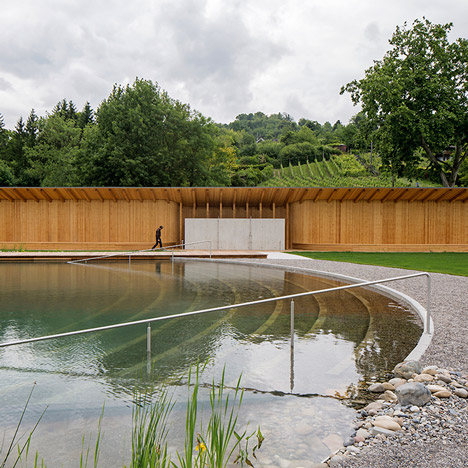 If built, the 180-metre triangular skyscraper would become the city's third tallest building after the 324-metre Eiffel Tower and the 209-metre Montparnasse Tower.

The construction of the Montparnasse Tower in 1972 provoked a heated dispute, resulting in the introduction of a 37-metre height limit for all new buildings within the city's arrondissements – the 20 districts that form central Paris.

She was outvoted in a poll that produced 78 votes in favour and 83 against. However she claims the ruling is void because some conservative councillors violated the secret ballot by disclosing how they voted, and has called for the matter to be dealt with in court.

The Swiss architecture firm – who this year has completed an open-air gymnasium in Brazil and a naturally filtered bathing lake in Switzerland – says the building will restore the historical axis formed by the Rue de Vaugirard and Avenue Ernest Renan.

"It will not only be a landmark from which the urban panorama can be experienced, but also an outstanding silhouette in the system of axes and monuments of the city," said the architects back in 2012.

Since the construction of the Montparnasse Tower, no skyscraper has been built in the city proper. Most have instead been concentrated in the suburban La Defense business district, which is where Foster + Partners plans to build the two 320-metre Hermitage Plaza towers.