News: Loughborough University graduate James Roberts has won this year's James Dyson Award for a baby incubator that costs a fraction of the price of current technologies and "could save thousands of lives" in developing countries.

James Roberts' MOM "low-cost incubator" was named the winner of this year's international James Dyson Award for student product innovation. It is designed to incubate a baby that has been born before 34 weeks of gestation and may need to be kept in a controlled environment for a number of reasons, including regulating body temperature and oxygen supply. 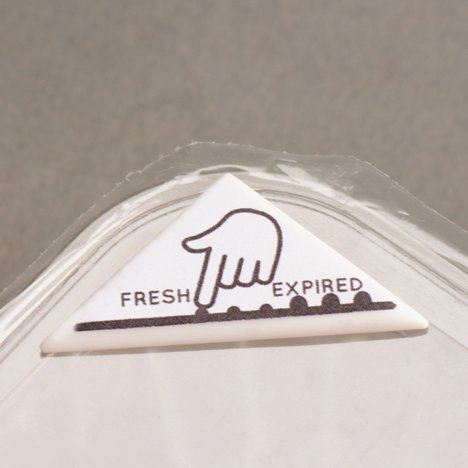 The prototype product is blown-up manually and heated using ceramic elements. When not in use, the inflatable pockets fold down and zip away between the two plastic ends for transportation. It can run on battery power that lasts 24 hours, in case of power outages.

"Providing the same performance as a £30,000 modern incubation system, MOM costs just £250 to manufacture, test and transport to the desired location," said a statement from Dyson.

Over one in ten babies worldwide are born prematurely, but 75 per cent of resulting deaths could be avoided if inexpensive treatments were more readily available, according to the World Health Organisation.

"I was inspired to tackle this problem after watching a documentary on the issue for premature babies in refugee camps," said Roberts. "It motivated me to use my design engineering skills to make a difference."

"The western world takes incubators for granted – we don't think about how their inefficient design makes them unusable in developing countries and disaster zones," added British inventor James Dyson, who set up the annual prize. "By bravely challenging convention, James has created something that could save thousands of lives."

Temperature and humidity inside the unit can be custom set to the optimum level for the age of the child, with data displayed on a screen.

An integrated speaker sounds an alarm to alert the carer when the desired temperature changes.

Roberts has also developed a collapsible phototherapy unit for babies born with jaundice – a yellowing of the skin caused by a build-up of a substance called bilirubin.

"Its use needn't be limited to developing world scenarios," said consultant paediatrician Steve Jones. "I could see it being used in the UK to support community midwifery units, or following home births."

On winning the James Dyson Award 2014 earlier this month, the designer received a £30,000 fund for further prototyping and testing, with the ultimate aim to have the product mass produced.

Other products shortlisted for this year's international award include an expiry label that decays to tell you when food is no longer safe to eat – which won the UK category – and biodegradable fishing nets that could prevent sea mammal deaths.